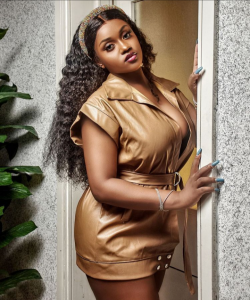 Professional chef Chioma Rowland recently uploaded a message that appears to be in direct opposition to what Davido had previously said about her.

Recall that Davido recently FaceTimed Chioma, the mother of his third child, and that he posted a screenshot of their conversation, referring to her as his Gist Partner.

READ ALSO: “My Gist Partner”, Davido Says As He Gushes Over Chioma Rowland

However, while perusing Chioma’s Instagram stories, a mysterious message that appears to disagree with the artist initial post about her was discovered.

While Davido identified the Chef as his gist partner, Mama Ifeanyi revealed in the post that she despises being contacted and doesn’t always respond to texts or phone calls.

She continued by saying that her people were already aware of her habit. 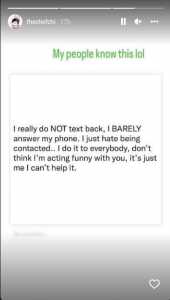