Student Thanks God As He Departs Nigeria, Says Goodbye To ASUU (Photos/Video) 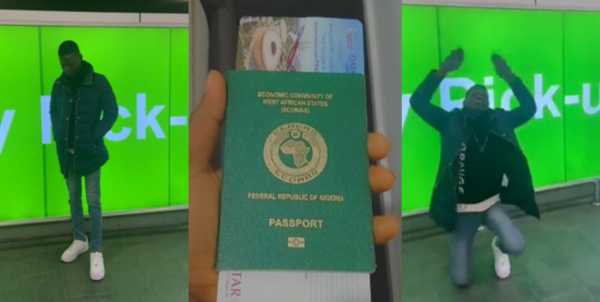 A young Nigerian man simply known as Lawson, has celebrated flying out of the country in search of greener pastures in a new land. Lawson, who is a student bade farewell to ASUU, which has been on strike for about five months.

In one of the images he shared, the man showed off his passport while another captured him posing at the airport.

He also shared a short video of him going on his knees giving thanks to God for creating a new path for him.