‘I Have To Save Myself’ – Pope Francis Hints At Stepping Down 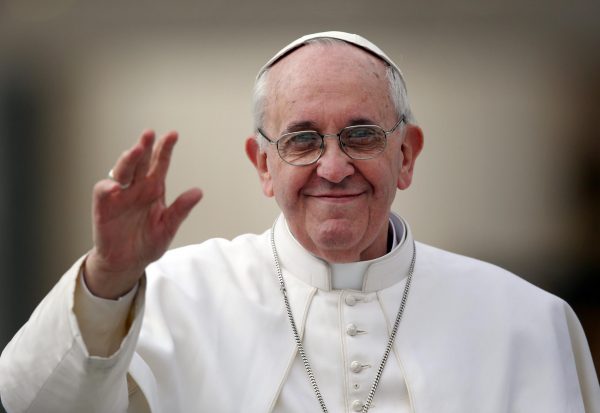 Catholic pontiff, Pope Francis, has hinted at stepping down from his position.

He made this known on Saturday, after a visit to Canada, to apologise for the Catholic Church’s role in schools where indigenous children were abused.

According to Dailymail, for the past few months, the pope has been using a wheelchair, cane, or walker because of knee pain caused by a fracture and inflamed ligament.

Pope Francis said he needed to slow down because he could no longer withstand the hectic schedule of international travels.

He said: “I don’t think I can go at the same pace as I used to travel.

“I think that at my age and with this knee limitation, I have to save myself a little bit to be able to serve the Church. Or, alternatively, to think about the possibility of stepping aside.

“Up until today, I did not use that door. I did not think it was necessary to think of this possibility but that does not mean that the day after tomorrow I don’t start thinking about it.”