There is not a European media outlet that has not reported on the Russian invasion of Ukraine. By now we all know the basics – on the 24th of February 2022, Russian forces launched an unprovoked, full-scale attack on Ukraine. The reasoning given implied that Russia wishes to “demilitarize and de-Nazify” Ukraine. Russia alleges that Ukraine’s government has been bullying its people and breaching their human rights for years.

For the European media outlets, this should not have represented anything new. Reporters, cameramen, news anchors and bloggers had covered conflicts before in Gaza, Syria, and Iraq. However, this time it was different. The conflict wasn’t happening far away but at their very doorstep, it was happening to their neighbors. The events they were reporting on were not perpetrated by extremist dictators backed by inhumane warlords. An elected president which once held the respect, if not the appreciation, of most of Europe is the perpetrator.

The change in perspective was not subtle. The usual objectivity that was a point of pride for many journalists was replaced by empathy and emotion. Almost immediately, news outlets in Eastern Europe chose compassion and patriotism and chose to side with those suffering from Russia’s unprovoked aggression.

The way they showed this compassion was by risking their lives and wellbeing to bring to light the atrocities of the conflict, the needless destruction, and the bravery of all the young men and women fighting for their country and their freedom. And make no mistake, speaking the truth about the conflict did attract a very real danger to journalists, as Russia has been deliberately attacking news sources in the area.

In Russia however, the free press could not be in a worse position since the fall of the USSR. By implementing comprehensive wartime censorship. The Russian government has been able to silence  and persecute disobedient journalists to gain, almost, full control of news and information.

The Duma even passed a new law to codify this control. Journalists reporting information on the Russian military and its operation in Ukraine outside of the state approved details can face up to 15 years in prison. Meanwhile, the Russian state media regulator, Roskomnadzor, blocked access to news websites that are not pro-Russian enough. Many foreign outlets have been blocked including Radio Free Europe/Radio Liberty, BBC News Russian, Deutsche Welle, and Voice of America. Even Facebook, Twitter, Instagram, and other foreign owned social media sites are banned.

This crackdown was, of course, also applied to regions under the Russian sphere of influence such as Belarus, Moldova, Hungary, Serbia, and Georgia. The Kremlin propaganda machine has been working around the clock to keep disinformation circulating through the media. Georgia unfortunately is no stranger to these sorts of actions and the notion of free press has been under threat since 2021. There are still Georgian news outlets which try to present an objective reality.  One such outlet is the privately owned FormulaTV. Owner, David Kezerashvili noted in an interview with The Independent that the channel will not be silenced. 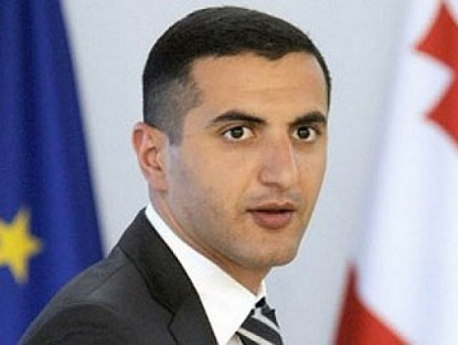 There are still independent media outlets and journalists who work to report on the Russian invasion and the atrocities committed against the Ukrainian people. They continue on in spite of this hostile environment toward journalists in the Russian sphere of influence. The launch of Novaya Gazeta Europa, a new publication that will operate from Riga, Latvia,seeks to avoid Putin’s censorship. They publish in several languages, but most importantly in Russian. The ‘new’ outlet was started by a number of journalists exiled from Russia. Most coming directly from the independent Russian daily Novaya Gazeta, which was forced to suspend its operations in March after receiving two Kremlin warnings.

The Truth Must Prevail

The Russian invasion of Ukraine is not a war fought one only one battlefield. The information war is one of the most important fights. Journalism and the freedom of the press to report on events truthfully and accurately is at stake. The battle against Russia’s disinformation war consists of propaganda and deceit. This propaganda is not solely directed against Ukraine but at liberal democratic nations and institutions around the globe.

Thorough and accurate depictions of this conflict by news and media outlets are both essential and difficult to find. As a result, the general public needs to be informed about how Russia intends to affect the outcomes of this conflict. They will try to use as weapons, actions that go against the shared European ideals of democracy and equality, like applying different standards to refugees and racial discrimination against minority groups. To shift the responsibility from Russia to Ukraine, NATO, and Europe, they will try to amplify the emergence of nationalist forces.