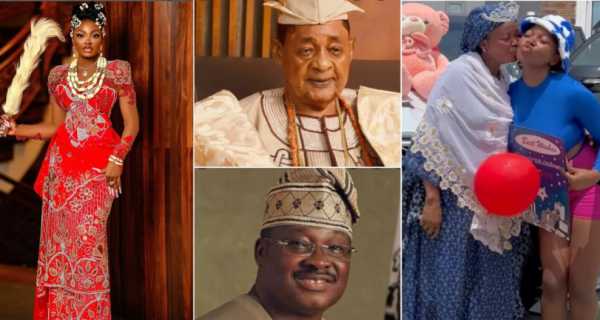 Instagram influencer, Abike Raheem, popularly known as Papaya Ex, has reacted to the allegation that her mother dated the late Alaafin of Oyo and former Governor of Oyo, Abiola Ajimobi.

This comes after an anonymous blogger alleged that Papaya Ex was dating a married man and her mother was a side chick to late Ajimobi and Alaafin of Oyo.

In a post shared on Instagram, Papaya Ex said the Alaafin is her grandfather and she grew up in the palace.

She said her mother, Muti Oyo, is the biggest Aso-Ebi (textile) vendor in Oyo State and one does not expect her mother to earn such a position and not know the governor.

Papaya Ex accused the Instagram blogger of peddling fake gist about her to get traffic, blackmail and bully her into silence.

She wrote: “You said my mom dated Ajimobi and Alaafin of Oyo, wetin concern my mama for this one? No listen, Late Alaafin is my grandpa. I’m sure most of y’all have seen a video of me with and grandma (his wife) before, so where in Yoruba land does a lady date her father.”

“Secondly, in case you don’t know, I have never put it up before, and barely talk about my family members. My mum (Muti Oyo) is the biggest Aso ebb vendor in Oyo Stat! Stop playing. Successful people walk with   successful people”

“Poor people walk with poor people, you don’t expect my mum to be the biggest in Oyo state without knowing the governor? I mean the way I know celebrities are the same way it is in their league. So wetting e talk no follow I won’t allow mf bully me to silence” 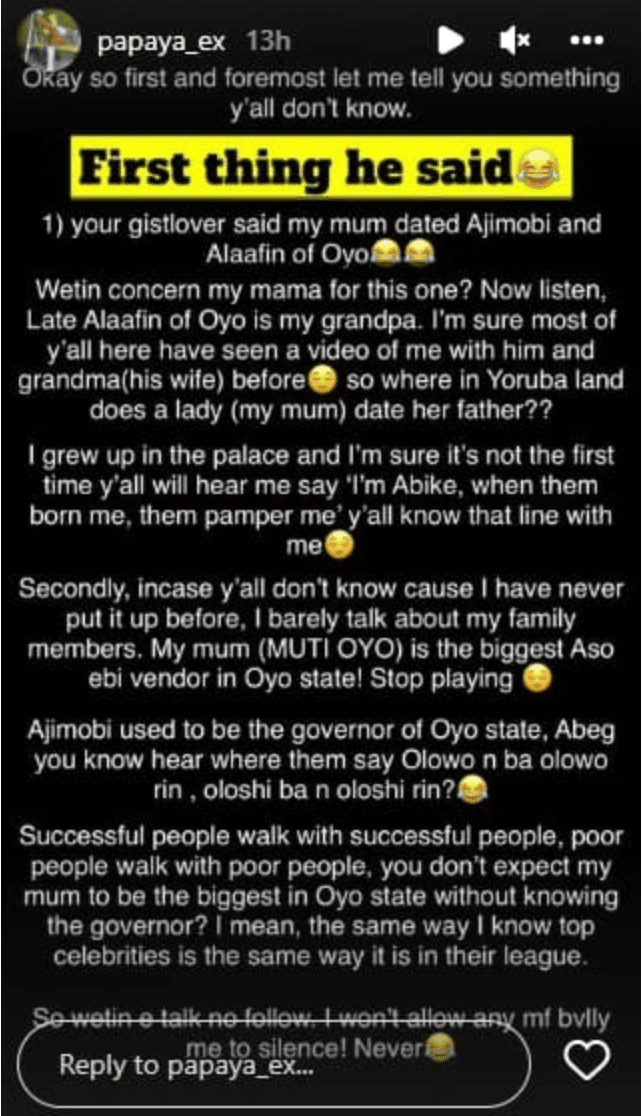