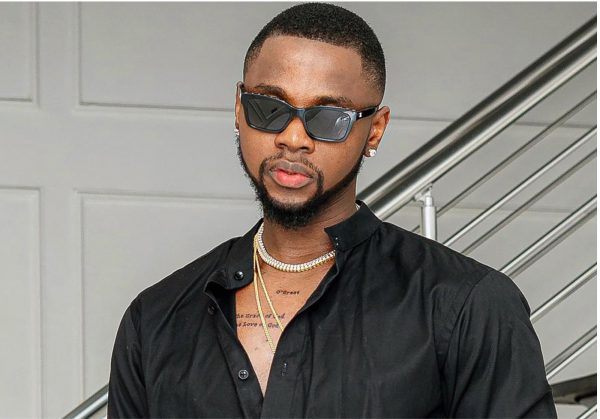 Popular Nigerian musician Kizz Daniel has replied a fan who asked him to debunk the rumor that he is stingy by her sending her some money.

The social media user identified as Chelsea told the father of two that she heard he is selfish and asked him to prove the rumor wrong and send her N100,000.

However, the singer who did not seem moved by the alleged rumor, stated that he is not interested in proving anything and went ahead to state that he is indeed stingy. 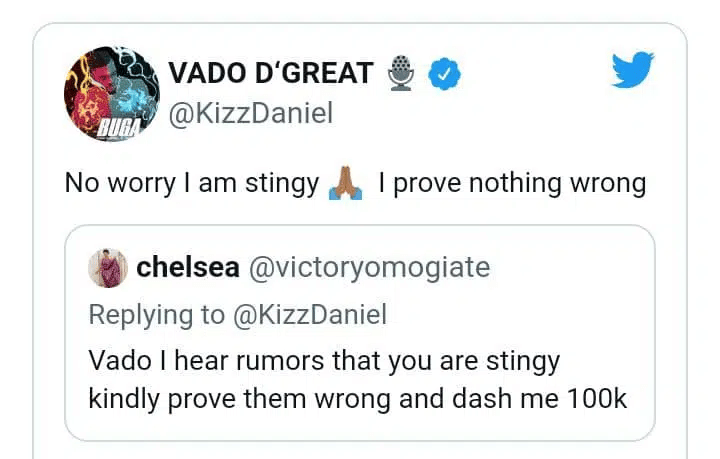 Mercy Aigbe, Iyabo Ojo, Lara Olukotun and many others were having fun at an event when the celebrities got into a heated argument which later degenerated into a fight.

The incident reportedly happened on Sunday, June 12, 2022, at the Lekki area of Lagos.