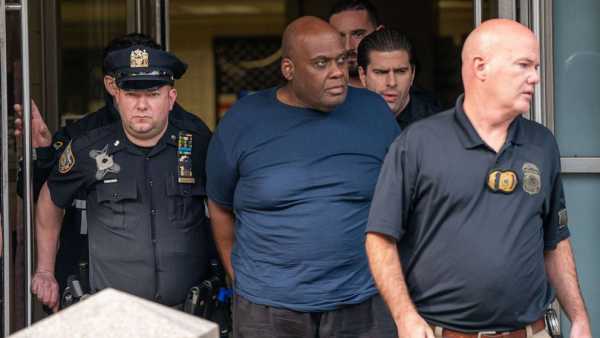 New York City police on Wednesday arrested Frank James, the suspect in the mass shooting that occurred on a crowded subway train in Brooklyn on Tuesday.

James, 62, was taken into custody in the East Village neighborhood of Manhattan without incident, police said.

New York City Police Commissioner, Keechant Sewell, at a news conference, said James was stopped on the street by two officers in response to tip police received on its Crimestoppers hotline.

He was arrested and transported to a New York Police Department (NYPD) facility, where he will be processed.

“We used every resource at our disposal. We were able to shrink his world quickly. There was nowhere for him left to run,” Sewell said.

Breon Peace, U.S. Attorney for the Eastern District of New York, said James would be arraigned in Brooklyn Federal Court and charged with several crimes, including terrorism against a mass transit system, a federal offense.

He faces up to life in prison if found guilty.

James was initially identified by police as a “person of interest” and then formally as a suspect after keys from a U-Haul van that he had rented in Philadelphia were found in the subway following Tuesday’s attack.

“My fellow New Yorkers, we got him. We got him,” New York City Mayor Eric Adams said via video from Gracie Mansion, where he has been isolated after testing positive for COVID-19. Less than 30 hours later, we’re able to say we got him.”

NYPD Chief of Detectives James Essig said James was known to police and had an extensive arrest history that included nine prior arrests, dating from 1992 to 1998, ranging from burglary and criminal sex acts to trespassing and disorderly conduct.

But he had no prior felony convictions and was not known to the FBI.

Witnesses to Tuesday’s shooting told police that as the train was pulling into the 36th Street station, James donned what appeared to be a gas mask, took two canisters out of his bag, and opened them, filling the car with smoke.

James then brandished a 9-mm handgun, firing it at least 33 times. Ten people were shot and an additional 13 people were injured in the chaos that followed with no death recorded.