Marriage Crash: Actress Yewande Adekoya Slams Jigan Babaoja For Being A Bad Influence On Her Husband 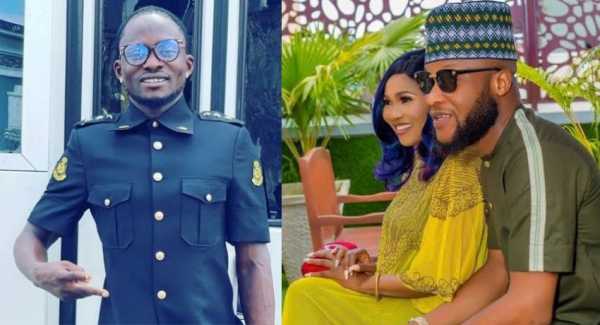 Nollywood actress, Yewande Adekoya has slammed her colleague Jigan Babaoja for being a bad influence on her husband, Biodun.

This is coming a few days after Yewande Adekoya opened up about the crisis in her marriage and being abused emotionally.

Yewande Adekoya had taken to her Instagram page to celebrate her daughter’s birthday and Jigan Babaoja stormed the comment section to shower prayers on the little girl.

However, Yewande unleashed her anger at actor Jigan Babaoja, urging him to leave her page, pointing out how he failed to help his friend, Biodun, despite knowing his weaknesses.

According to Yewande, her husband is always making serious mistakes in his life and instead of helping him, Jigan Babaoja kept indulging him because he likes Biodun’s toxic version. She wrote:

You know that he has issues with self-reflecting. You know he is usually unable to help himself or solve his own problems but can help others solve their own. You know all his weaknesses. Biodun can see and help other people with their problems if he is in the right frame of mind but he can’t help himself.

He has been unable to experience genuine growth as a person, he needs therapy. He is always making serious mistakes in his life. Instead of helping your friend and brother. You kept indulging him because you like the more toxic version of him better.

If you really loved your friend you would have helped him with how he is managing his profile right now. He is doing badly with that and you all are watching him make a fool of himself. You guys are together in Ibadan at the moment and you let your friend mismanage his life like this. I shake my head. Keep believing all the lies instead of finding out the truth. I don’t care what anybody thinks anymore. Oju ti ore mi, oju o ti mi, oni toun ni o loju tii. #andthatsonperiod.”