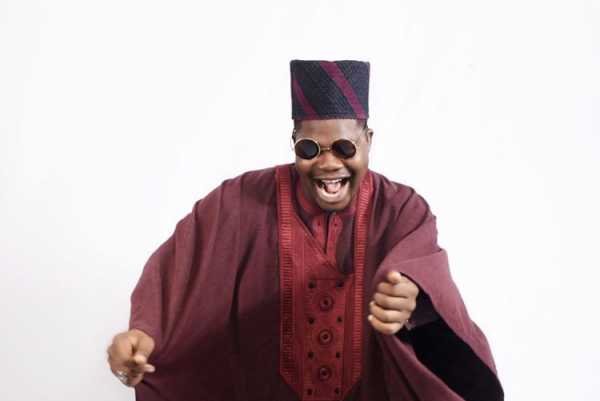 A tweep, Prince Tiamiyu Lawal, who had threatened to kill Mr Macaroni has apologised to the comedian.

Lawal had via Twitter threatened to kill comedian Debo Macaroni over his opposition to the resumption of toll operations by the Lekki Concession Company.

The user with the handle @Lawalt2010 vowed to kill the comedian if he came out to protest after the government reopened the Lekki toll gate. He wrote:

“This Macaroni of guy will most likely end his life untimely because of his foolishness. Very senseless unpatriotic bastard. What his business with Lekki Tollgate. I pray i get hold of him tomorrow at the Tollgate. I’ll kill him on sight.”

However after the post went viral and tweeps called him out, he withdrew his threats and apologized to Mr. Macaroni.

In a tweet, the netizen said he was sorry for the comments he made about the skit maker. See post below: 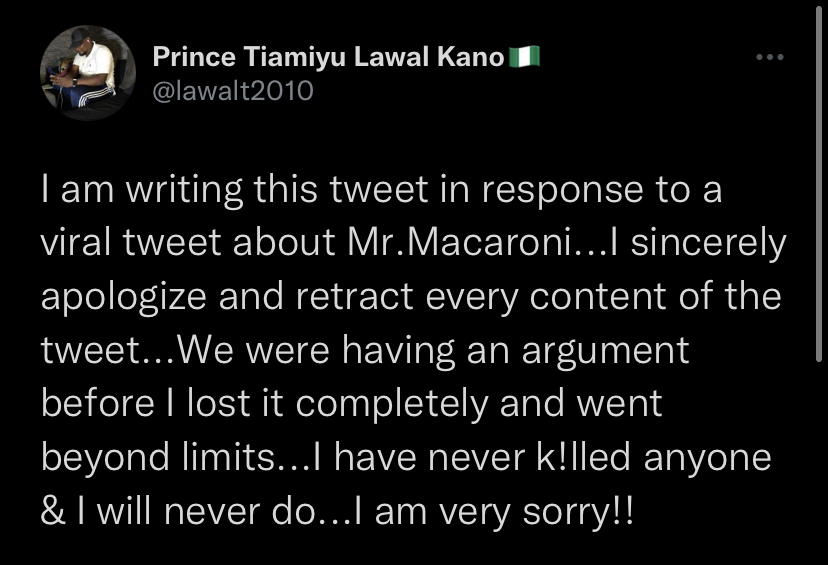