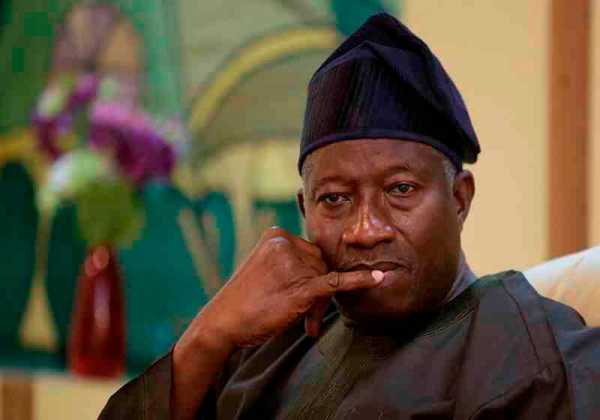 Recall that Jonathan escaped death on his way back from Nnamdi Azikiwe International Airport in Abuja.

However, two of his aides were killed in the tragedy. However, in a post on his Twitter page, Ekpa alleged that the accident was part of a plot to assassinate the former President.

He cautioned Jonathan to shift his car’s location during convoy movement and to add three more comparable automobiles to his convoy for further security.

“Goodluck Jonathan’s involvement in an accident yesterday was an attempted assassination,” he tweeted. The terrorist government is still plotting to murder Goodluck Jonathan.

“Can the security agents, the road safety give us details of what they believe led to the accident yesterday?

“Those planning to kill Goodluck Jonathan will not stop. Last time the gunmen invaded his house. President Jonathan must change the position of his car during the convoy”s movement, also add 3 more similar cars to his convoys. This is very important to do this for the coming months.”

Meanwhile, Jonathan has mourned with the families of his two aides who died in the crash.

He expressed deep sympathy as he disclosed that two other officers in his security team are receiving treatment in the hospital.