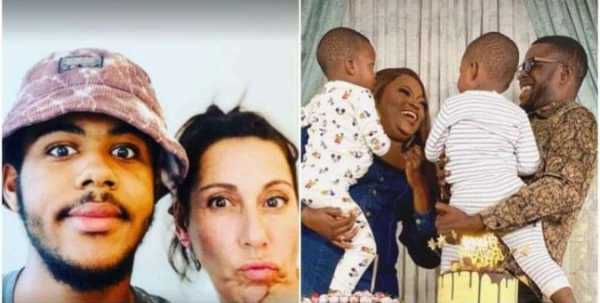 Mella, Baby mama of ex-music producer, JJC Skillz has threatened to expose the crisis going on in Funke Akindele’s marriage as she leaks the photo of their twins.

Just a little while ago, Mella revealed that Funke Akindele exposed her son Benito for being allegedly linked to hard drugs.

In a series of chats shared by Blogger Tosin Silverdam , Mella asserted that Funke Akindele is a bully and not who she claims.

According to Mella, Funke Akindle claims to be a sweetheart, hiding her children’s faces from the public to enable them raise their family privately but kept on feeding distorted private information to slander her teenage son.

In a new development, Mella decided to hit Funke Akindele where it might hurt her most by exposing the faces of her twin sons with JJC Skillz.

She took to her Instagram page, posted a photo of Funke, JJC, and their sons facing the camera during what appeared to be a Christmas holiday.

Mella also addressed the celebrity couple in her caption and warned them to stay off her family.

She wrote: “If you don’t want me to expose your family then don’t expose mine. Funke and Abdul Bello.” 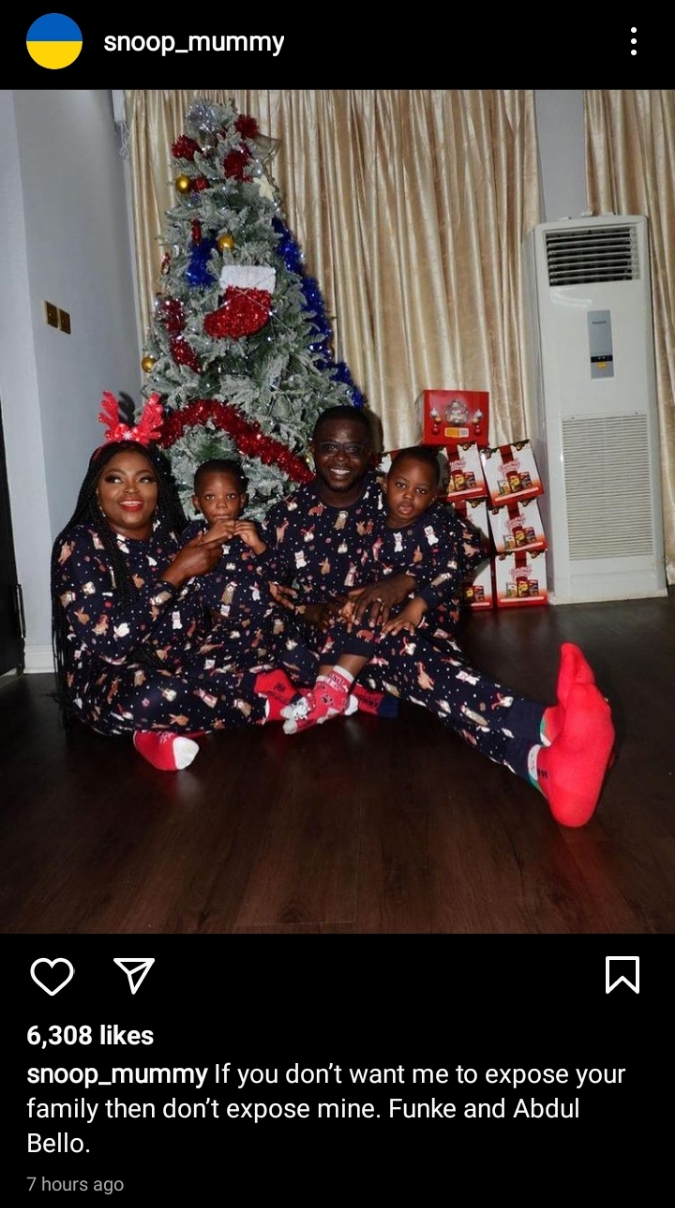