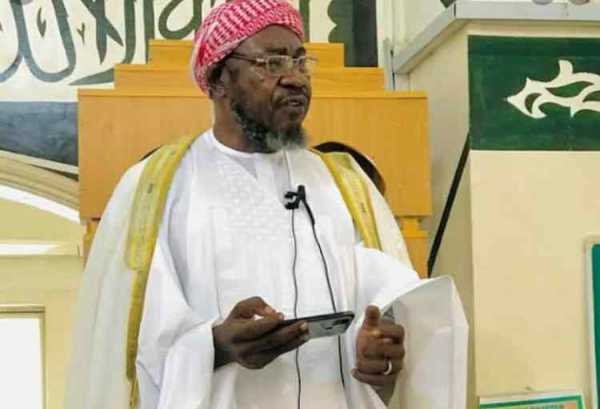 The chief Imam of Apo Legislative Quarters Juma’at Mosque in Abuja, Sheikh Nurudden Khalid, has been suspended by the Mosque’s steering committee for criticising President Muhammadu Buhari over the last Monday night’s attack on an Abuja-Kaduna train.

The Imam, in his Friday sermon, had criticised President Buhari for failure to visit Kaduna over the terrorist attack, saying mere condemnation wasn’t enough.

He argued that the president was in Kaduna for campaigns but refused to visit the state after the bomb attack on the passenger train.

The chairman of the Mosque Steering Committee, Senator Sai’du Dansadau, however, said the Islamic cleric was sacked for inciting sermon on Friday, April 1, 2022.

He explained that the Imam had preached against exercising civic duty by advising voters to give conditions to politicians before voting for them.

Senator Dansadau added that the sermon was against Islamic tenets.

Meanwhile, efforts to reach out to Sheikh Khalid for his side of the story proved abortive as he was not reachable as at press time.