Popular Nigerian Actress, Tonto Dikeh has gone on a lengthy rant on social media after her ex-lover Prince Kpokpogri shared a cryptic post.

The brouhaha began after Tonto shared a video of Kpokpogri twerking which she claimed depicted her mood.

Hours after uploading the video, many of her fans congratulated her for reuniting with her ex.

However, Tonto debunked the reconciliation rumours as she stated that she was disappointed at the fans for lacking faith in her.

Moments later, Prince Kpokpogri took to his Instagram story and revealed that he doesn’t shy away when he sees one as much as he doesn’t like trouble.

In his cryptic post, Prince Kpokpogri urged a lady to make peace with God for all the dirty life she had lived and free herself from apparent depression.

According to him, the lady has slept with people’s husbands and snatched other people’s boyfriends. 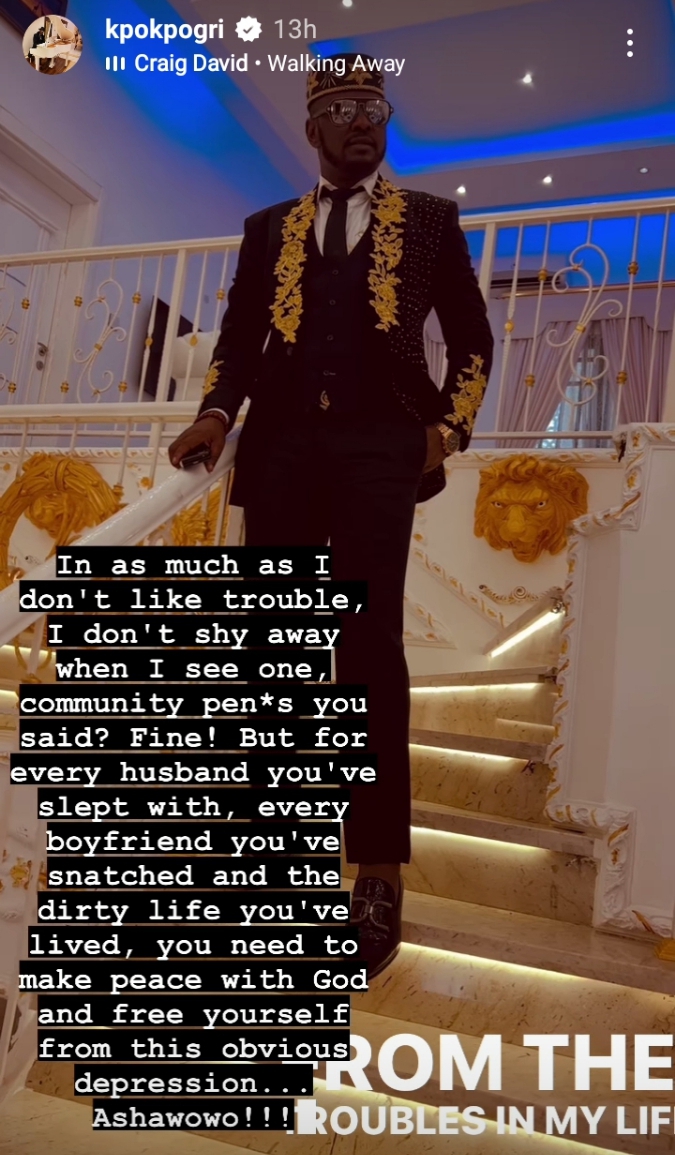 A couple of hours later, Reacting, the mother of two while dragging Kpokpogri to filth revealed that he sleeps with his married sister, Tina.

She took to her Instastories to open more cans of worms on her once upon a time lover.

She wrote: “Clown as nigga. Look at man sleeping with his own married sister (Tina) and you dare call me names? I no blame you this school wey you no go Na bad thing!! #Bingo! I use you do small memes you dey sing Rihanna for my ear. You dey whine me ni? Bingo you forgot you recorded me crying and posted it then lied in the police cell that I recorded it myself?? #Exconvict. #Bingo #Ogakpo.” 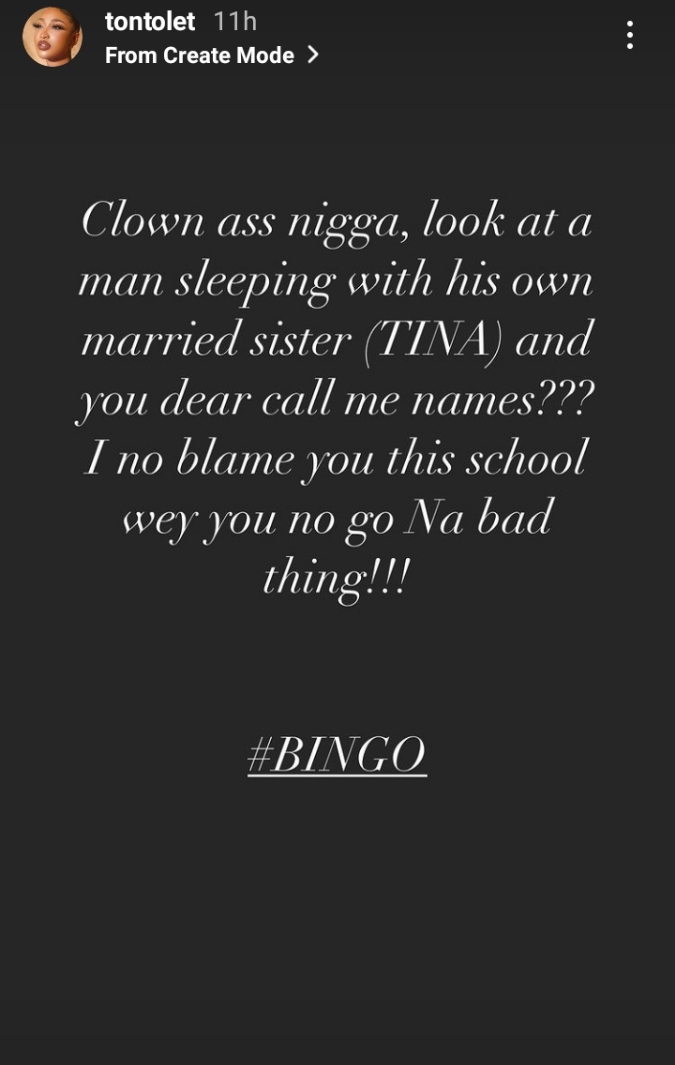 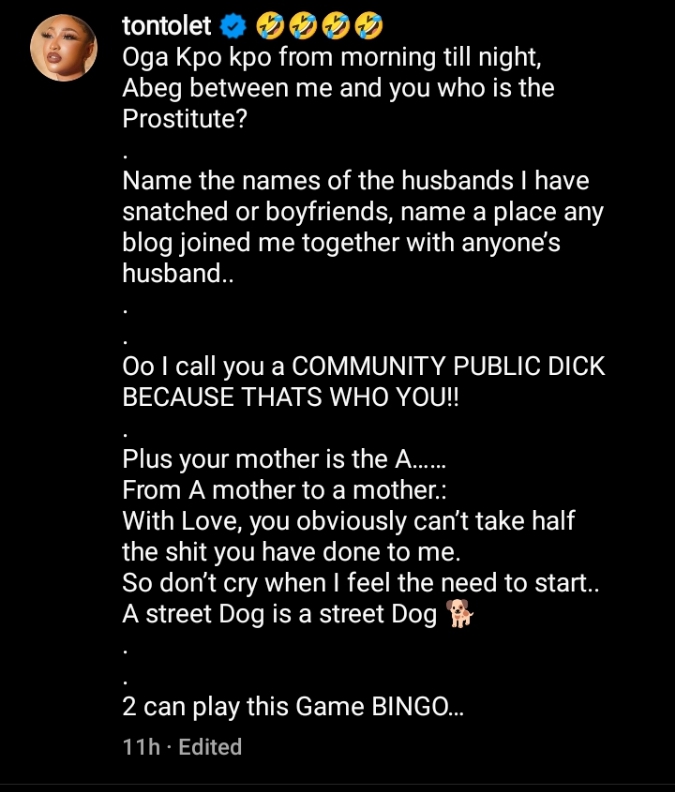