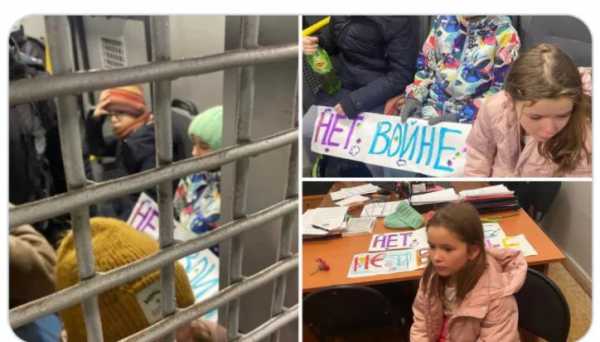 A group of schoolchildren have been arrested by the Russian police for holding signs showing ‘no more war’.

The revelation was made by Russian opposition politician, Ilya Yashin.

He took to Twitter to share what appeared to be a picture of three children holding a placard in the back of a police van after they were reportedly arrested at an anti-war protest.

Almost 7,000 people have already been detained in as many as 50 cities, according to the human rights project OVD-Info.

Tweeting pictures of the primary school aged children, Yashin said: “Nothing out of the ordinary: just kids in paddy wagons behind an anti-war poster. This is Putin’s Russia, folks. You live here.” 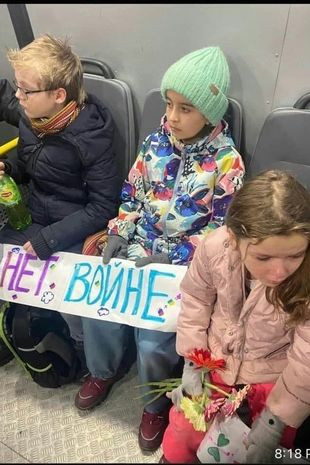 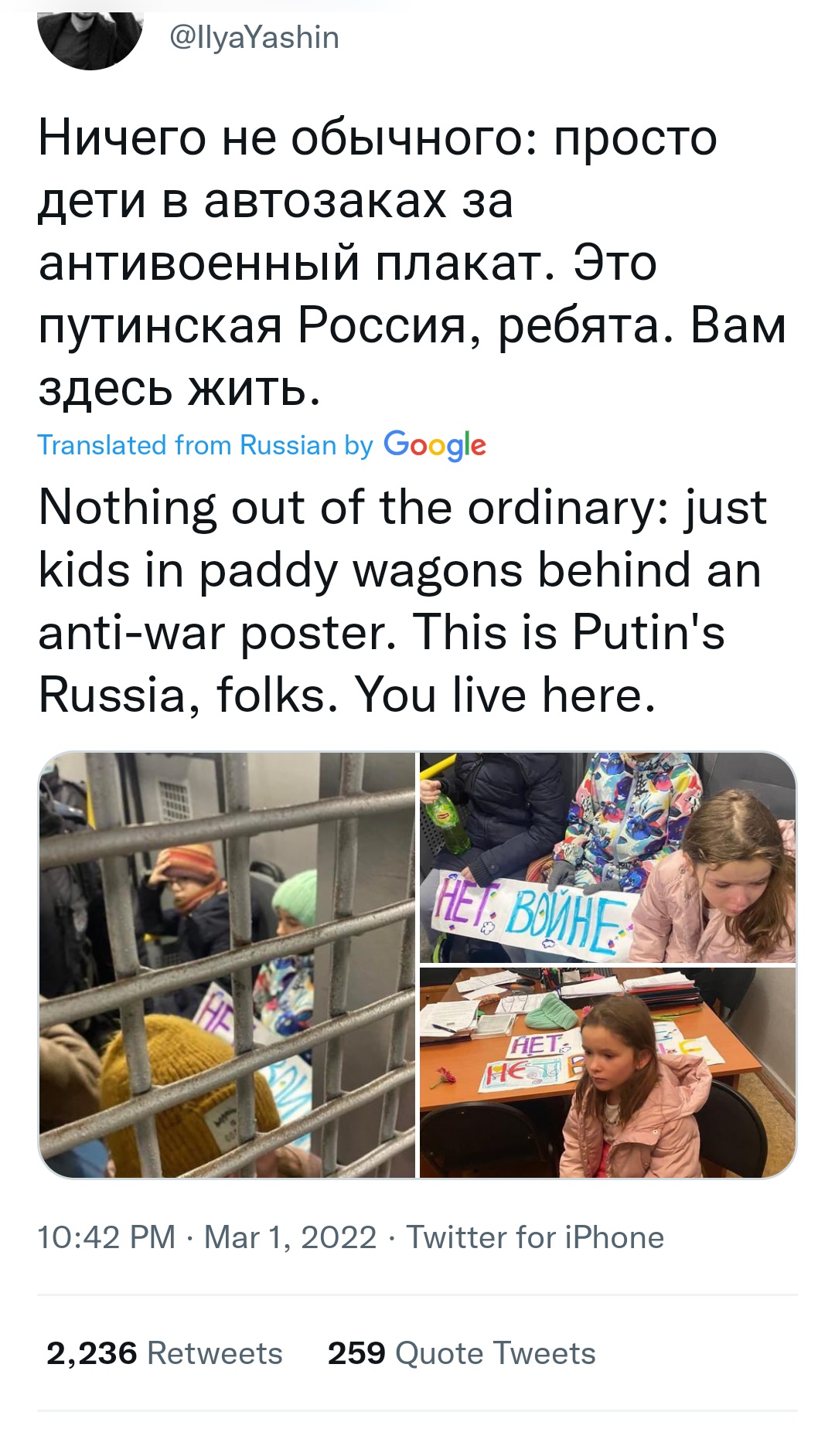