Over 48,000 Sign Petition Calling For Independence Of Yoruba Nation 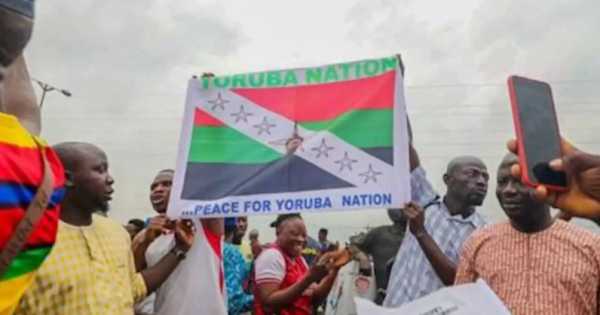 A petition that is seeking for the independence of the Yoruba nation and which was started by the Ominora Yoruba Group has garnered 48,165 signatories.

The petition shared online by supporters of the Yoruba Nation Now movement is aimed at garnering 5million signatories.

There have been calls for the independence of the Yoruba Nation – a campaign which brought agitator, Sunday Adeyemo (Igboho) to the spotlight.

The Yoruba Nation activist, who had just recently gained freedom from detention in Benin Republic, had at several times noted that only the independence of the South-West region would bring a stop to the killings and other crimes in the region particularly those allegedly perpetrated by the Fulani herdsmen.

At the fore of the agitation for the actualisation of the Yoruba Nation away from Nigeria, is the Ilana Omo Oodua, the umbrella body for the self-determination groups headed by historian, Prof Banji Akintoye.

Supporters of the movement had argued that the new nation, when created would allow for qualified leaders who would be able to appropriately provide security for citizens, manage resources and other aspects of the economy, amid many claims.

Some months ago, the Ilana Omo Oodua launched a mobile application, “Pajawiri” designed to track kidnapped victims and expose danger in Yoruba land.

Akintoye, at the time, noted that Pajawiri is an innovative way of fighting and combating crimes in modern society.

According to him, the mobile application and alert system can expose criminal elements wherever they are with their victims once the victims have the application installed on their phones, either on or off.

He noted that the Security System has another system called AFINIHAN that can be used by those without android phones to link up with those with the full application.