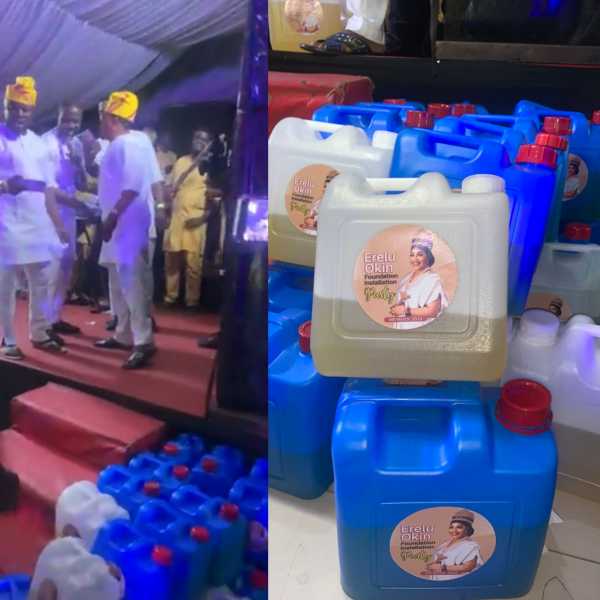 The Government of Lagos State on Saturday said it is investigating a viral video showing kegs of petrol handed out as souvenirs at an event centre in Lagos.

Lagos State Commissioner of Information and Strategy, Gbenga Omotoso, made this known in a statement.

“There is no doubt that this action is dangerous and can lead to loss of lives and property. It is blatantly against all safety measures in such places,” he said.

“The Lagos State Government through the Safety Commission is investigating this matter and will ensure that all parties to this reprehensible action are made to account for it.

For weeks, Lagosians as well as other Nigerians have been gasping in petrol scarcity, despite the Federal Government’s many promises that sufficient fuel has been released to oil marketers.

Long queues have persisted at filling stations for over a month even as motorists buy a litre of petrol for over N200 in some places. The astronomic rise in the cost of fuel and the difficulty to get Premium Motor Spirit has made transport fares jump up with commuters groaning under the high cost of movement.