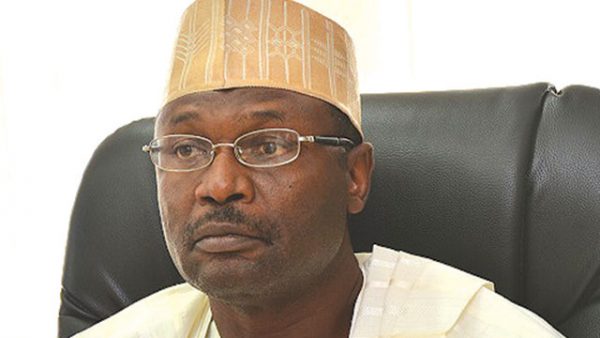 The Independent National Electoral Commission (INEC) has published the final list of candidates for the Ekiti governorship election slated for June 18.

This was disclosed in a statement signed on Monday by the National Commissioner and Chairman, Information and Voter Education Committee, Festus Okoye.

He said the list was released in compliance with the Electoral Act 2022 and following the close of nominations by political parties.

“On Wednesday 16th February 2022, the Independent National Electoral Commission (INEC) published the personal particulars and list of candidates (Form EC9) for the Ekiti State Governorship election in our State and Local Government offices as required by law.

“In compliance with the Electoral Act 2022, the Commission hereby publishes the final list of candidates for the election following the close of nominations by political parties.

“The Commission wishes to remind political parties that under Section 32(2) of the Electoral Act 2022, any party that observes that the name of its candidate is missing from the list “shall notify the Commission in writing, signed by its National Chairman and Secretary, supported with an affidavit not later than 90 days to the election,” the statement read in part.

Okoye in the statement said the attention of parties is drawn to Section 32(3) of the Electoral Act 2022, which provides that failure to notify the Commission “shall not be ground to invalidate the election.”

The final list is published in INEC State and Local Government offices in Ekiti State as well as their website and social media platforms for public information as required by law.

Political parties are enjoined to note the provision of the law for compliance. 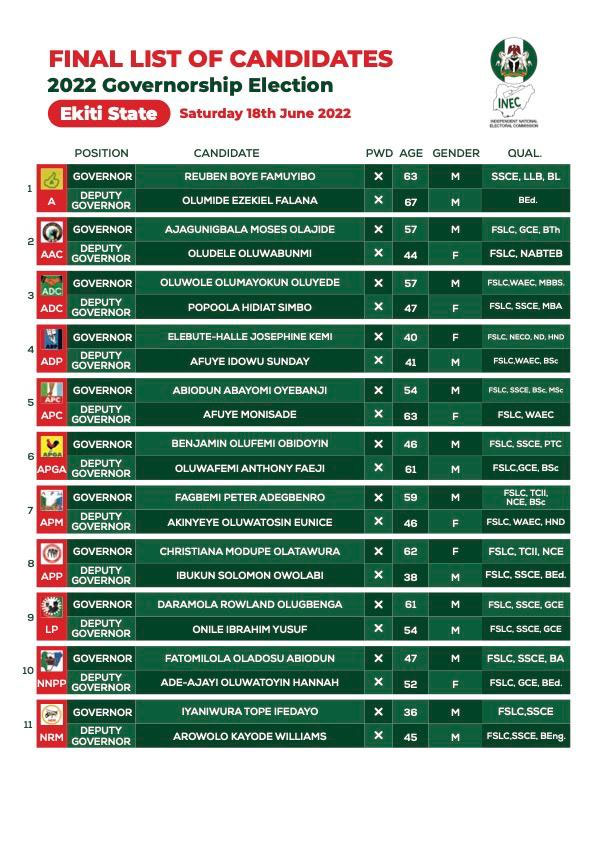 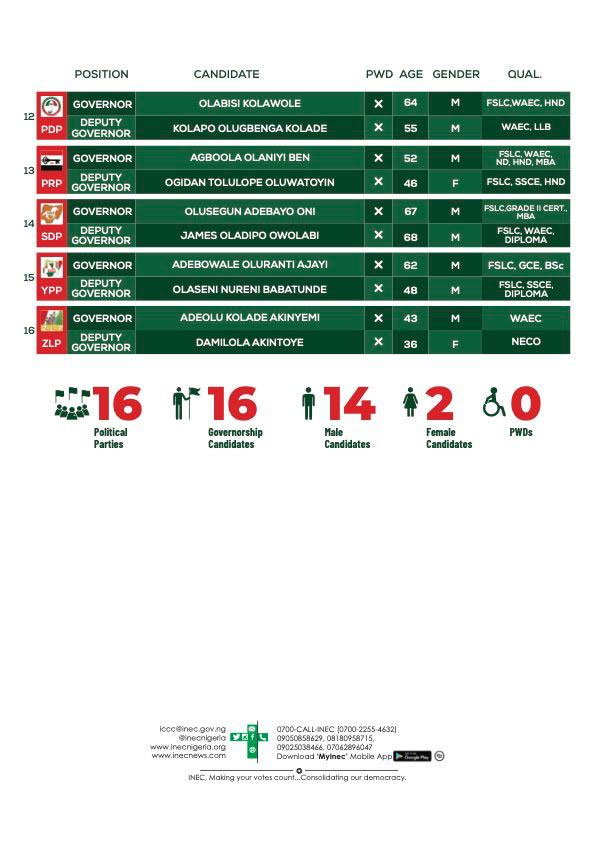