Nigerian Afrobeat Superstar, Davido featured in a comedy skit with an upcoming content creator, Viper the Wiper, and the singer’s numerous fans had a lot to say about the trending clip.

In the new skit, the award winning singer and billionaire’s son played the role of a houseboy.

The video showed the OBO crooner acting as a servant in his boss’ house who served his food. But, the boss wasn’t satisfied with the meal and proceeded to insult him before promising to sponsor him to a culinary school abroad.

However, all these took place in the boss’ imagination as Davido gave him a hot slap to bring him back to reality. The boss happened to actually be the singer’s servant in the skit.

Davido endeared himself to the hearts of fans on social media. Many of them praised the singer for being a good actor. Others also commended his humility. 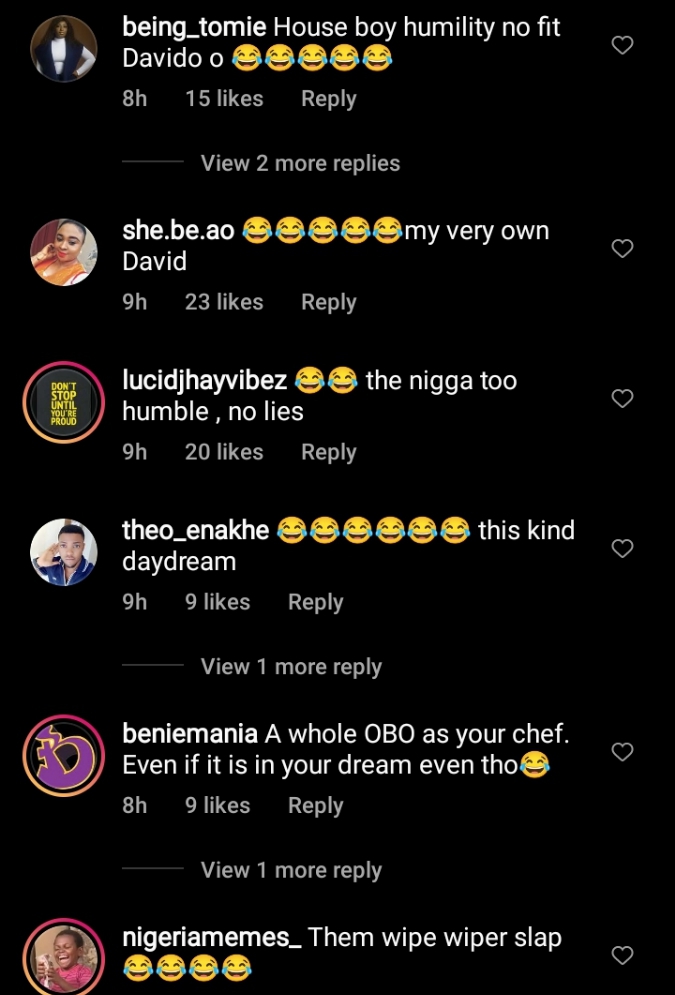 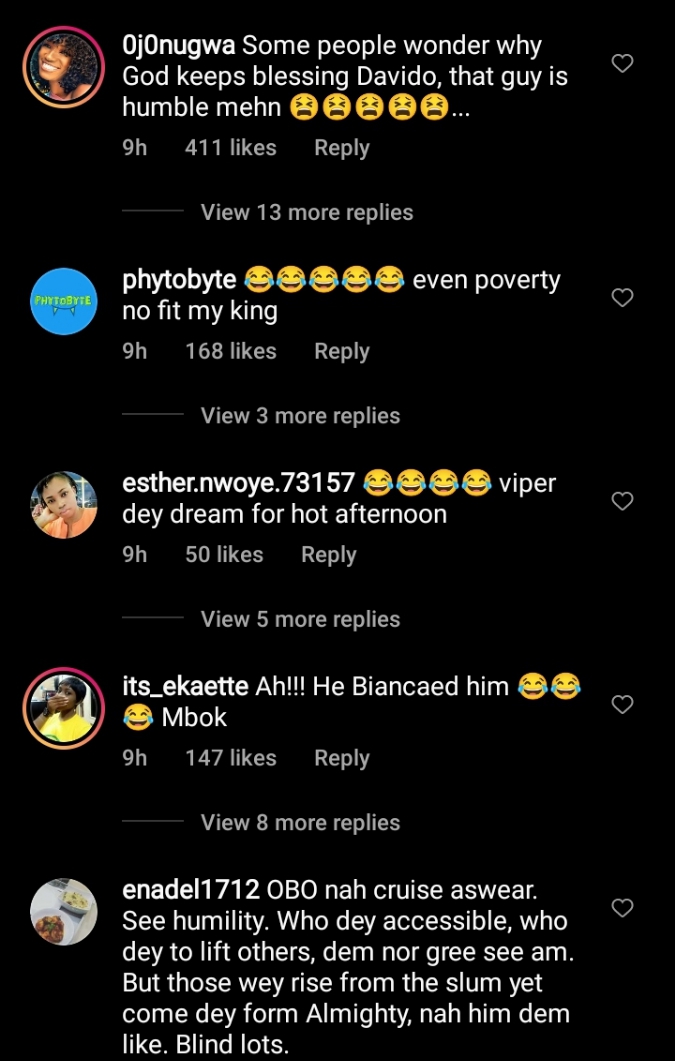