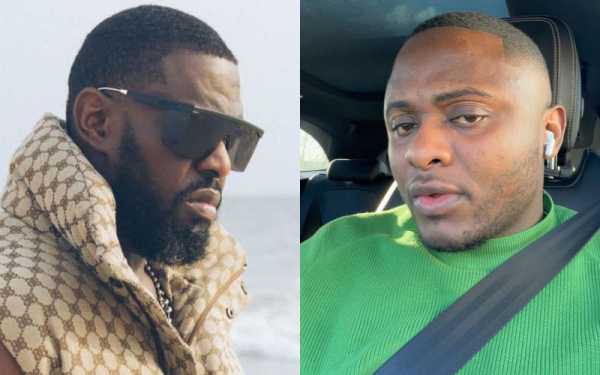 The drama between Ubi and Timaya keeps dragging on, as Ubi has responded.

Ubi Franklin has replied Timaya’s threat that he would be beaten up, should he fail to focus on his new job as Ifeanyi’s nanny. 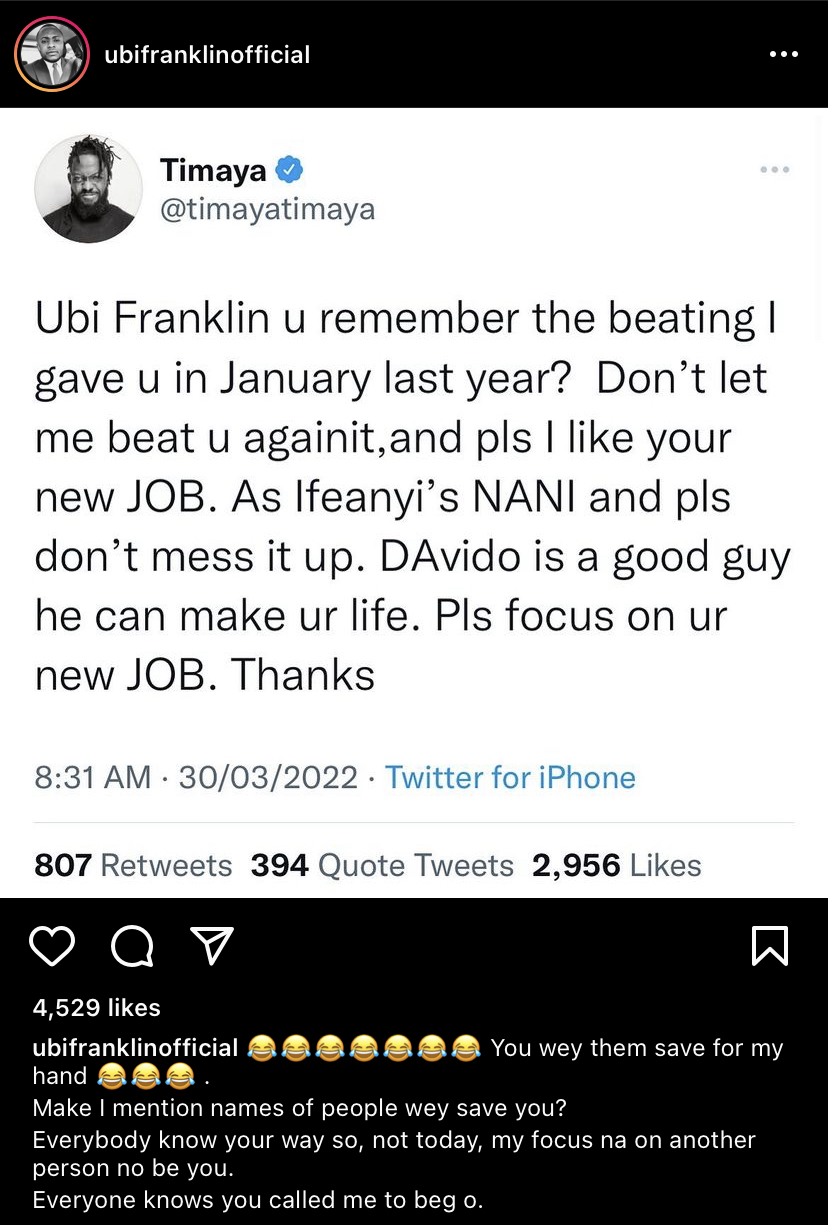 Ubi Franklin also provided context into the genesis of the new beef between the two, stating that it is a result of him calling out the singer for knocking a woman down and leaving her there.

In his reply, Franklin revealed that Timaya attacked him unprovoked at an event because the latter was drunk but he made sure he reciprocated until some folks came to ‘rescue’ the singer.

He also added that Timaya knelt down to beg and even called to apologise for his conduct the next day. See posts below: 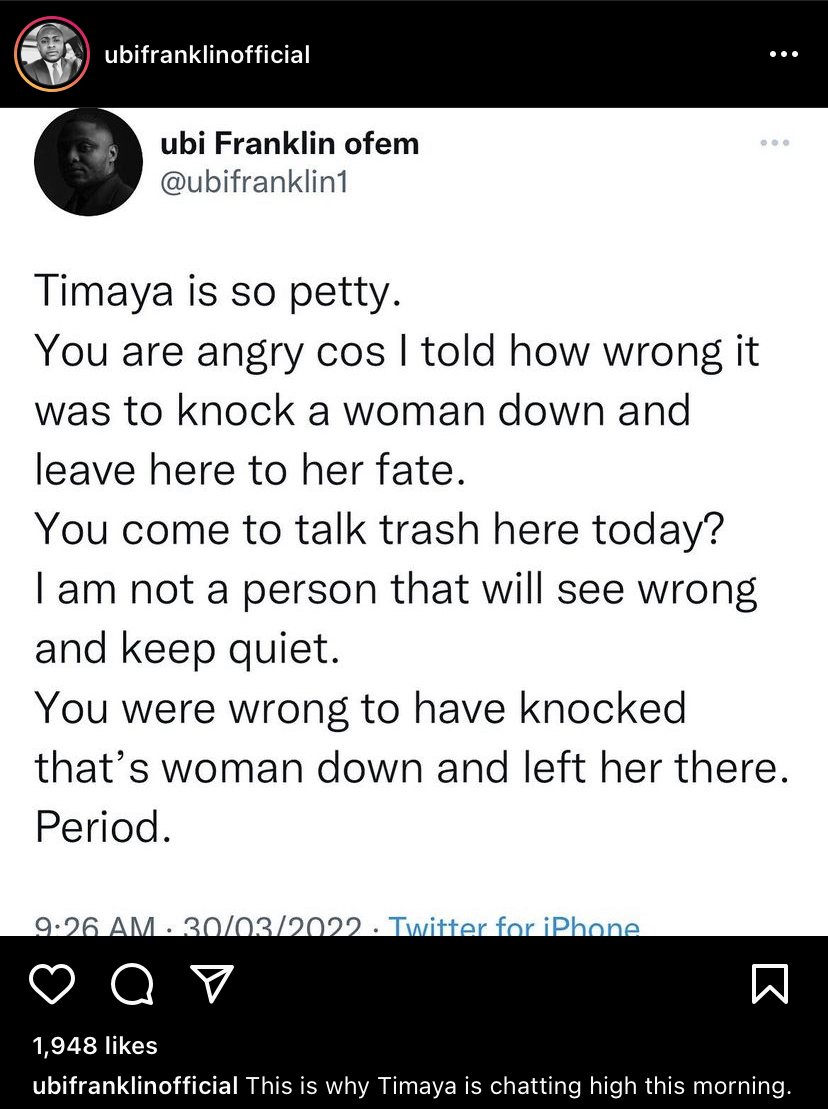 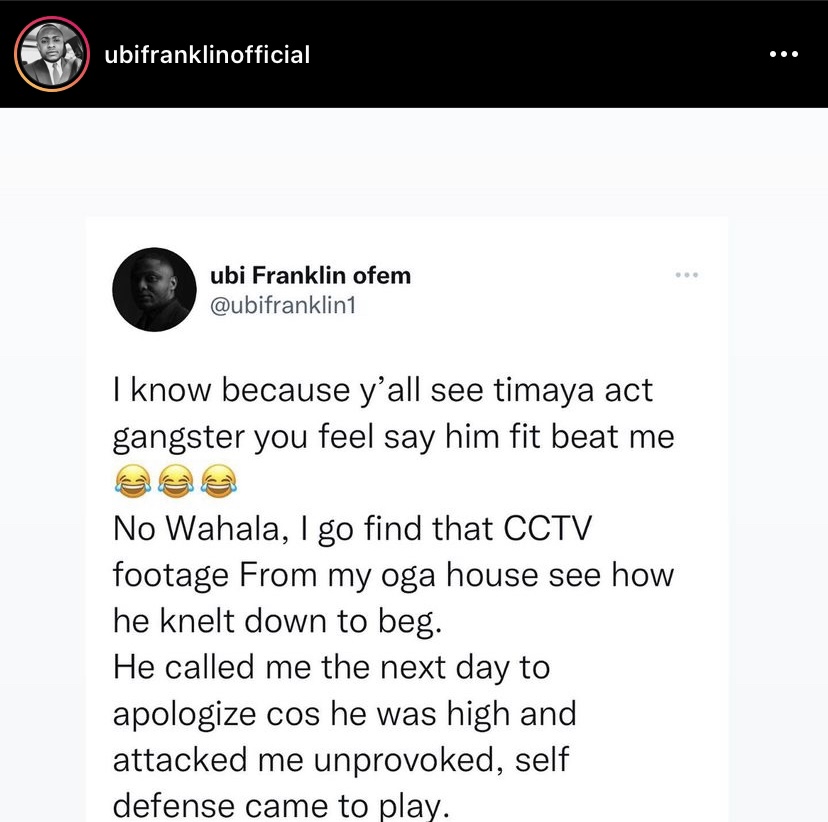 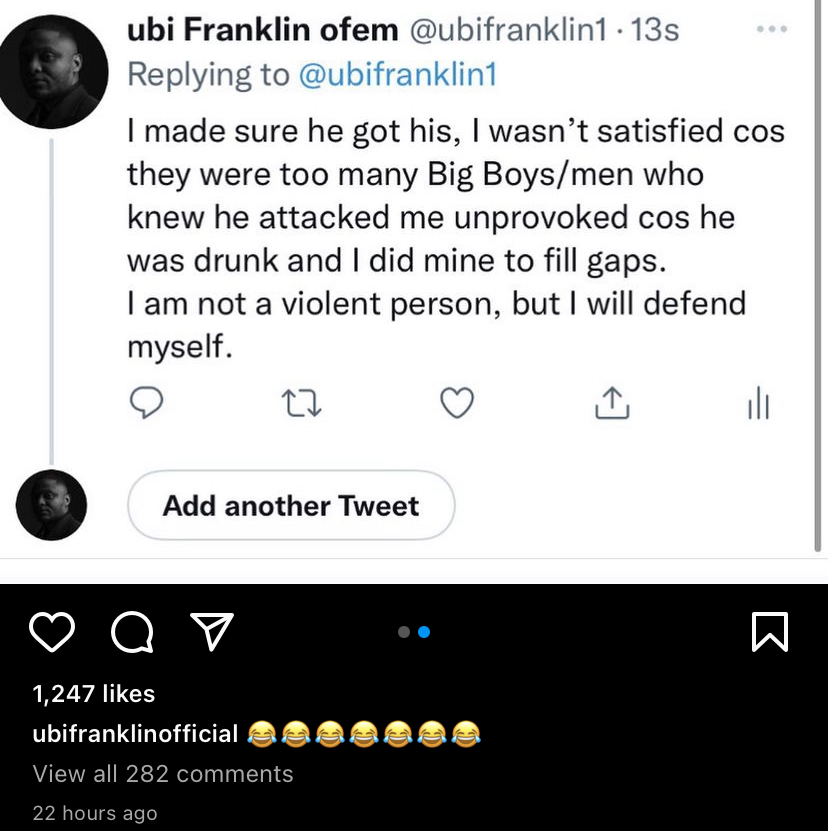 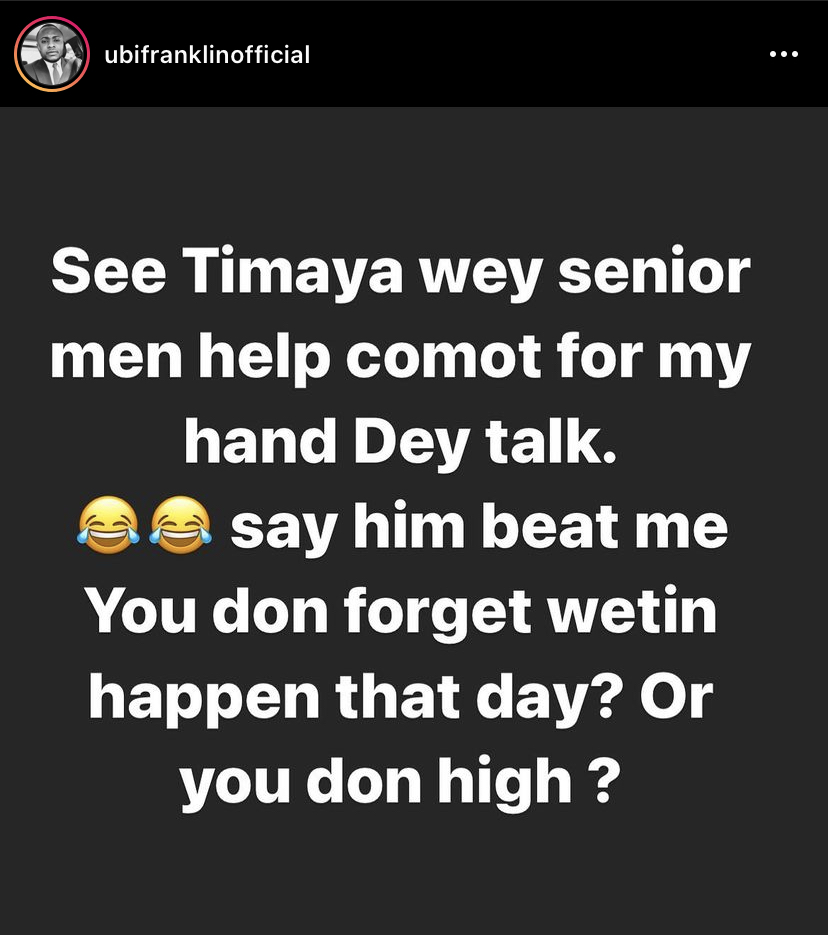 Recall the music exec, in reaction to the Will Smith episode with Chris Rock, decided he intends to take a page out of the actor’s book.