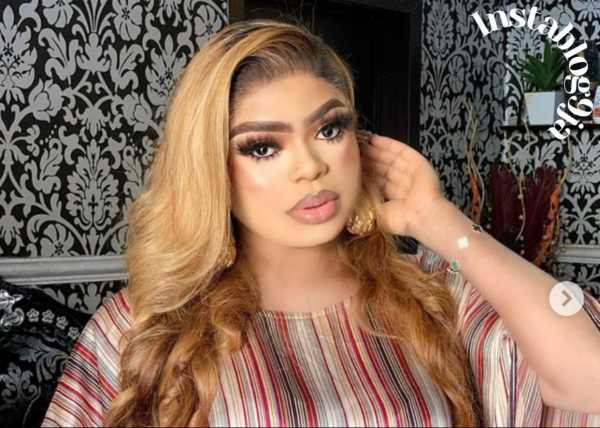 Despite the competition with his protege, James Brown, controversial crossdresser Bobrisky is not resting on his laurels in ensuring he remains in the spotlight.

Bob issues a warning to his new mentee in a recent Instagram post, urging her to guarantee that she will not compete with him in the future.

He also advised the lady not to let anyone pressure her into competing with him, as he did with James Brown after their incident at the Lagos Police Station.

According to him, the woman who appeared to be a die-hard fan has demonstrated her loyalty, but it isn’t enough for him to declare she won’t betray him in the future. 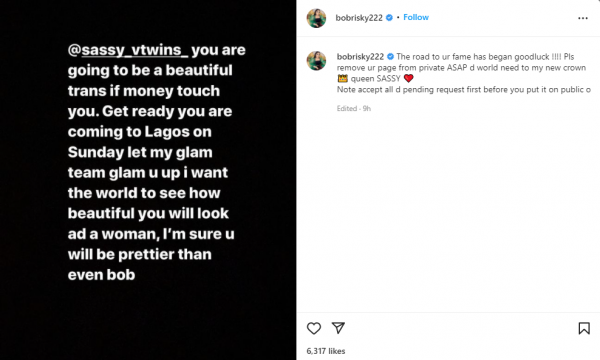 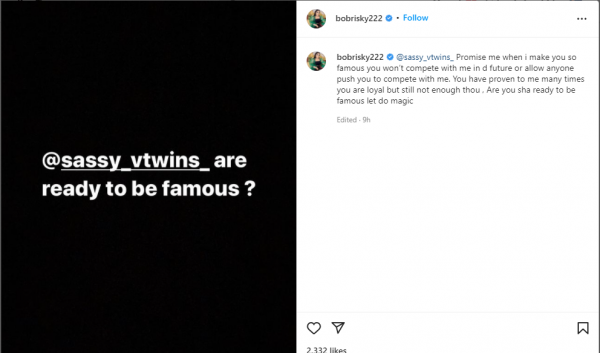