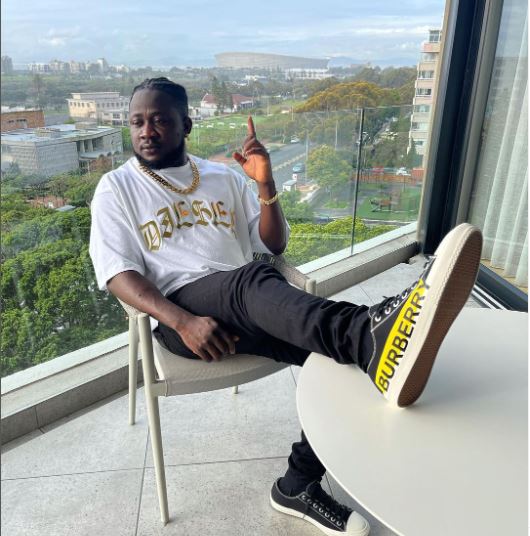 Kogbagidi took to his social media to break silence following his recent outburst with singer Portable.

Singer Portable was all over social media few days ago after accusing him for allegedly ripping him off.

However, this is the second time they will be having a big fight and this time around, it seems Portable might not be forgiven.

READ ALSO: Portable Threatens To Smash Kogbagidi’s Car As They Get Into Heated Argument

He said people don’t wrestle with pig in the mud as they will both get dirty but instead the pig likes it.

The promoter said if one is born in the mud, such person will always be dirty.