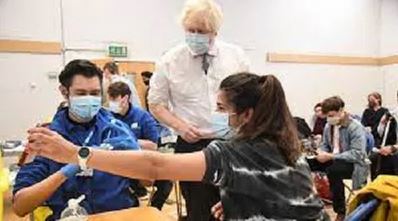 The United Kingdom has recorded its first Omicron-related death.

The Prime Minister, Boris Johnson, disclosed this on Monday while on a visit to a vaccination clinic in west London, the BBC reports.

Johnson is said to have advised British residents to put aside the idea that Omicron was a milder variant.

He is quoted to have said, “Sadly yes, Omicron is producing hospitalisations and sadly at least one patient has been confirmed to have died with Omicron.

“So I think the idea that this is somehow a milder version of the virus, I think that’s something we need to set on one side and just recognise the sheer pace at which it accelerates through the population.”

While the government’s booster rollout has commenced earlier than proposed, the UK’s Health Secretary, Sajid Javid, has revealed that 10 people have been hospitalised in England with the Omicron variant.