Banky, a popular musician, and politician, has expressed his displeasure with the court’s ruling that marriages performed at the Ikoyi Marriage Registry are illegal and invalid.

A legal battle rages between Nigeria’s local governments and the federal government over who has the authority to operate marriage registries, conduct marriages, and issue marriage certificates.

Banky Wellington, who married the love of his life, Adesua Etomi, in 2017 according to the Ikoyi marriage registry, took to Twitter to refer to his wife as “baby mama.” 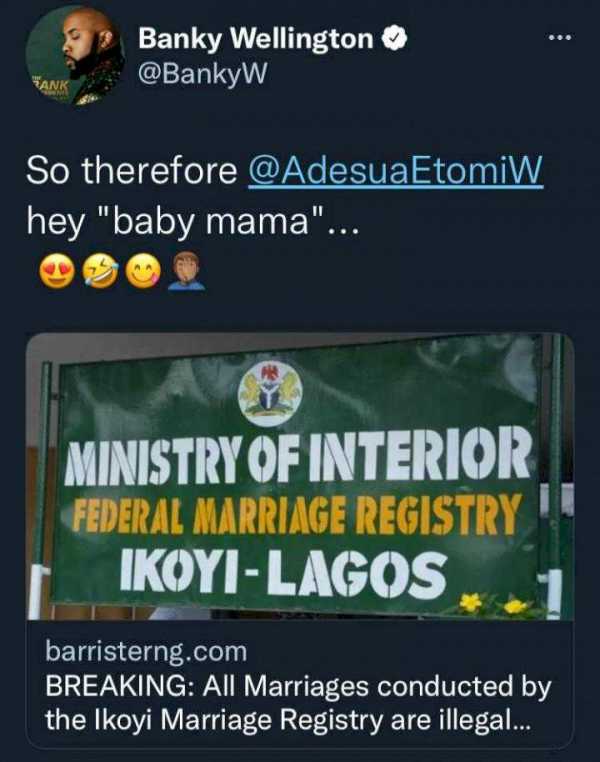