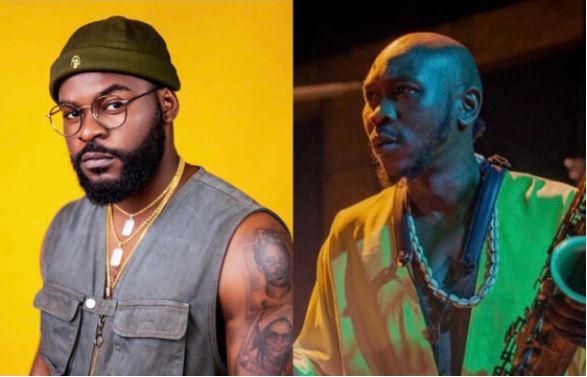 This is coming after the Lagos State Sitting Governor, Babajide Sanwo-Olu, gave a press briefing regarding the final report of the October 20, 2020 #ENDSARS Massacre at the Lekki Toll Gate.

According to the report, lives were lost against the stance of the Nigerian government that no one was killed that day.

In the briefing, Gov. Sanwo-Olu invited Falz, Seun Kuti, Mr. Marcaroni, Dele Farotimi, Temitope Majekodunmi, Segun Awosanya (Segalinks); Commissioner of Police, Hakeem Odumosu, and Commander of Rapid Response Squad, RRS, CSP Yinka Egbeyemi and others to join him in a peace walk as part of an effort to ensure harmony in the state.

Reacting to the invite, Falz regarded it as “disgraceful”, stating that the Governor is still trying to deny that the massacre did happen.

Taking to his Instagram page today, December 1st 2021, he wrote:

“Please tell your governor that there is no “March for Peace” without justice. He is still trying to deny the massacre that happened. All the lives that were wiped away unjustly. You set up a panel to investigate the matter. Panel don tell you say people die by the hands of soldiers and policemen wey una send. Una still no want no want do the right thing. And you’re here asking for a ‘peace march’. DISGRACEFUL“

Afrobeat iconic singer and performer, Seun Anikulapo Kuti, also reacted to the ‘walk of peace’, urging the that justcie is the only way to get peace. He wrote:

“Work for justice Mr Gov, that’s why we put u there. There is no need to Walk for peace! Peace is a by product of Just society. Give justice, Get peace.“ 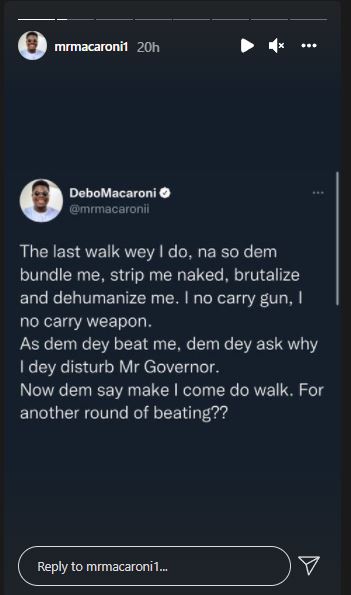 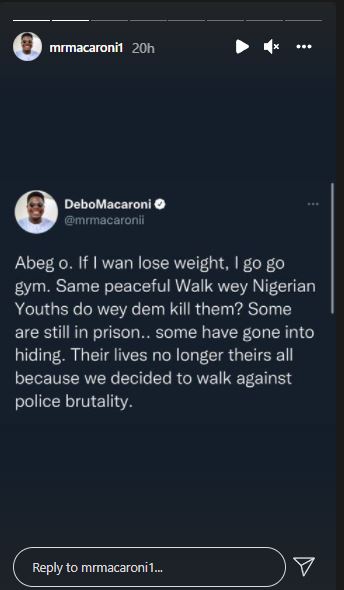 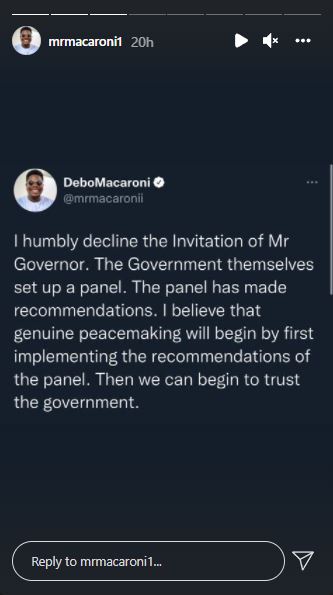