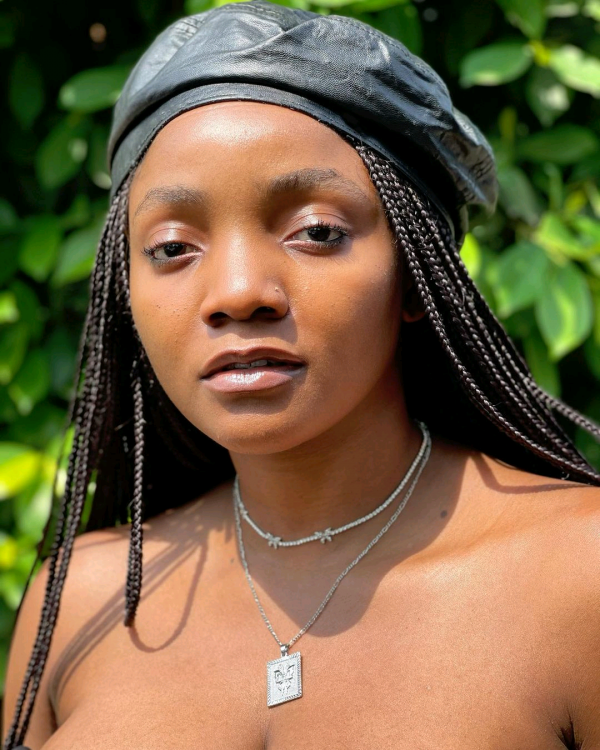 Singer Simi has taken to social media to share her thoughts on spanking kids.

The star replied to a post made by a user who kicked against the act of people hitting their own child as a way of training them.

In her words, Simi said parents need to exercise patience when placing a correction on a ward because children are original learners and need patience.

The singer on the other hand said she is not the type that likes to beat a child as she feels raising a child takes a lot of hard work and patience.

Simi, who is a mother of one said when she was younger, she feels children should be spanked a little but 95% of the time, she has seen parents spank a child in anger and usually for the things that require more patience.

She also went ahead to say that there are other ways to punish a child but most people feel that it is easier to beat children than it is to control impulses.

Simi concluded by saying most of the parents needs a lot of training most especially in terms of shouting and other activities. 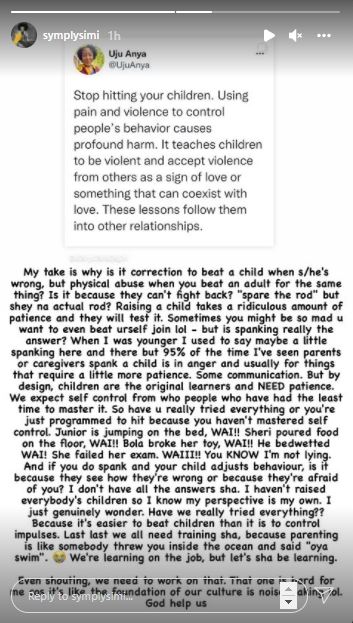