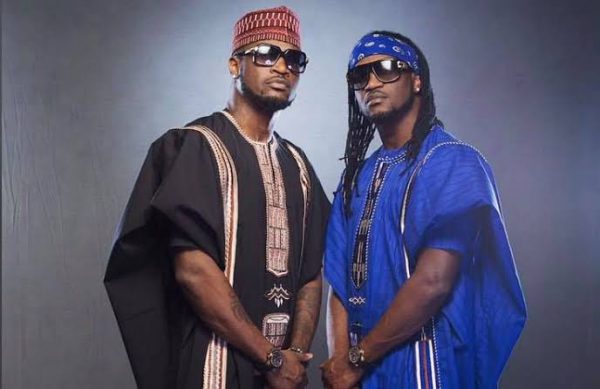 Paul and Peter Okoye popularly referred to as P-Square have put smile on the faces of so many after they have reconciled and are also celebrating their birthdays together today.

This is coming after the popular singers were spotted in a trending video embracing each other after years of splitting their band which had received international recognition.

The elder brother and manager of the defunct group, Jude, was also spotted in the video greeting his twin brothers as they ended their feud.

Taking to their respective social media pages, the twin brothers celebrated each other.

Paul Okoye shared their photos, captioning it; ‘Happy special birthday to us

While Peter shared the same photo with the caption; ‘It’s our Birthday!