Many Trapped As 21-Storey Building Collapses In Ikoyi, Lagos (Photos) 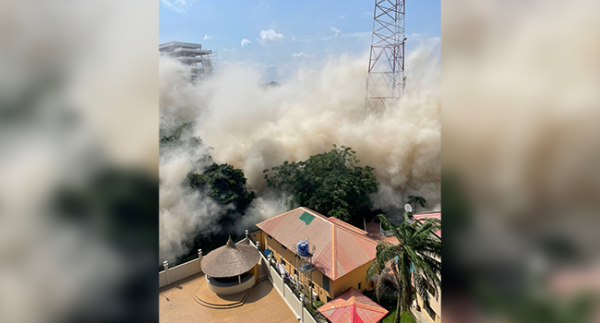 A high-rise building in Ikoyi, a highbrow part of Lagos, on Monday collapsed with many feared trapped under the rubble.

The number of persons trapped is yet unconfirmed but workers and neighbours scrambled to dig people out of the rubble of the collapsed building, according to reports.

At least four persons have been rescued from the rubble, according to sources at the scene.

The Deputy Governor of Lagos State, Obafemi Hamzat, has also been sighted at the scene.

Officials of the National Emergency Management Agency say they are trying to deploy the military for crowd control as apprehensive sympathisers insist there are many people trapped inside the building.