Lucy Edet Laments After Losing N500k Over Her Trust In Humanity 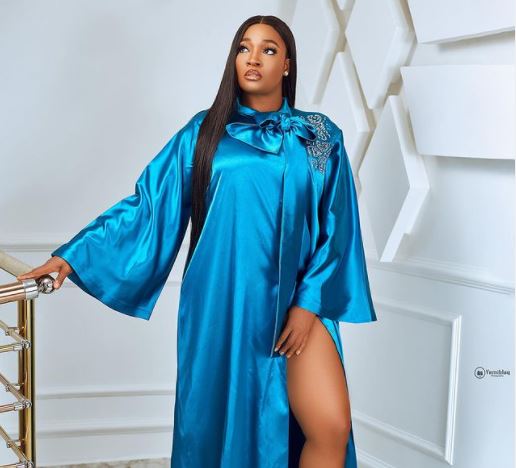 Lucy Edet has taken to her social media to lament after she loses a sum of money after putting her trust in humanity.

The reality star stated that her trust in humanity has cost her over 500k.

Lucy revealed that she was warned about it but she decided to trust the person and now she has lost a lot.

READ ALSO: BBNaija’s Lucy Slams Follower For Saying She Is Into Runs

Well, it looks like she has learnt her lessons as she stated that she won’t get herself involved in such again.

Lucy said: “I was warned o! over and over again, but my trust in humanity has cost me over 500k, never again!” 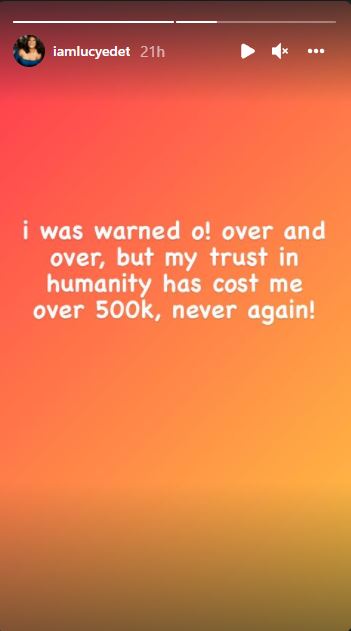