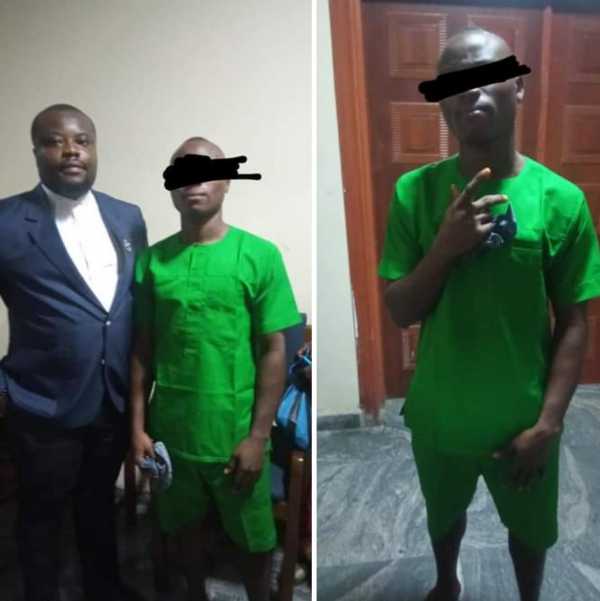 A man held in prison for 3 years for an offence he didn’t commit has been set free.

According to activist, Living Saint, the man was discharged and acquitted after spending 3 years in jail.

The man was remanded by a magistrate on a count of kidnap and other related offenses, despite the fact there was no complainant.

Activist Living Saint, who saw him crying in court 3 years ago, took up his case pro bono.

On Monday, Nov. 29, a High Court sitting in Port Harcourt confirmed he didn’t commit the crime and declared him innocent.

Living Saint shared the news on Facebook alongside pictures of the man shortly after he was discharged and acquitted. 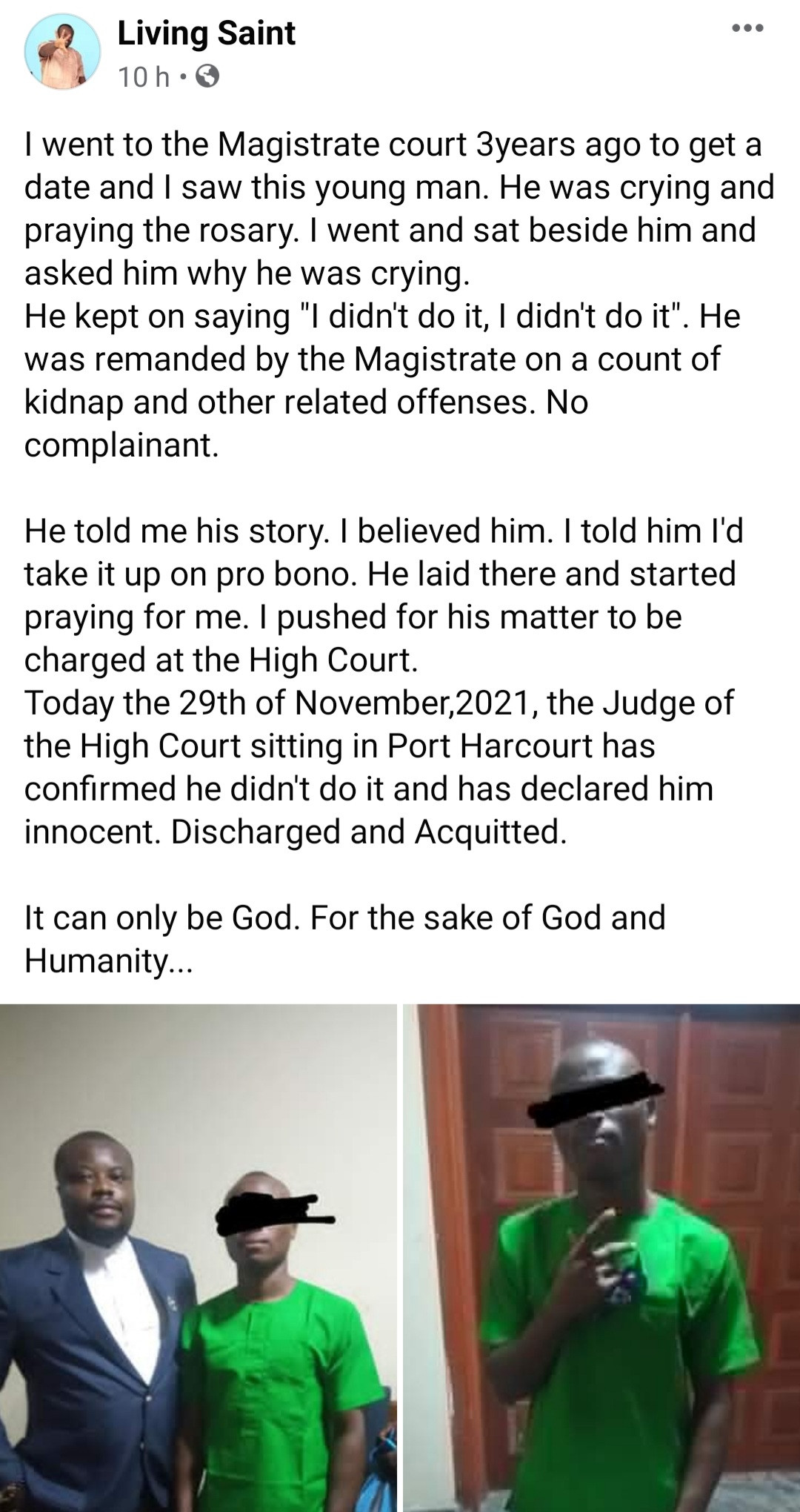