Those You Trust Are Misleading You, Dalung Tells Buhari 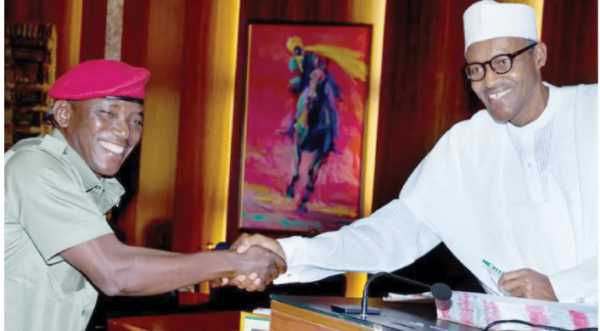 A former Minister of Youth and Sports Development, Solomon Dalung, has said his former boss, President Muhammadu Buhari, is having image crisis because those he trusts are not doing enough.

Dalung, who served as minister from 2015 to 2019, in a post on his verified Facebook page, urged the president to act swiftly to rescue his legacy.

He also advised him to know that his integrity alone could not save the country if the people he appointed to serve were doing something differently.

Part of the post reads, “If everybody is honestly doing their own part of the responsibility, the furore about your personality would have not existed in the first place. Since you depend on them to govern, their stories are your truth, which is the opposite of the reality on ground.

“You have been overwhelmed by challenges of leadership and desperately desire assistance, but unfortunately, you are a victim of noble intentions surrounded by overzealous elements patronising an agenda contrary to your mandate.”

Dalung stated that the president should know he could not exonerate himself of responsibility because the bulk ends on his table.