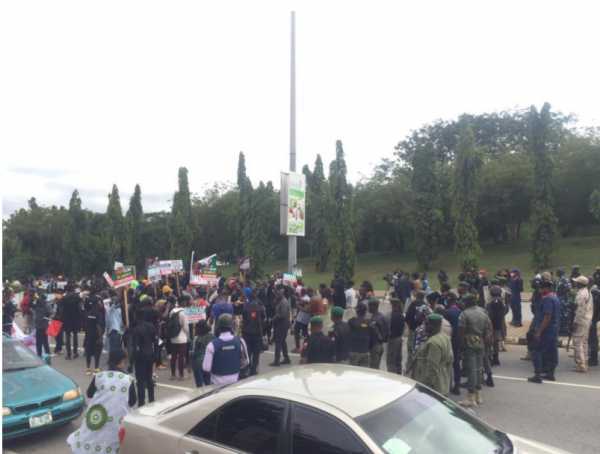 Some EndSARS protesters took to the streets of the nation’s capital on Wednesday to commemorate the first anniversary of the protest.

The protesters converged on Unity Fountain, Abuja, before trooping to the streets.

Omoyele Sowore, publisher of Sahara Reporters, was among those who addressed the protesters, who wielded placards within Unity Fountain.

Policemen were seen around the protesters who left the park and marched on the streets while heading to the National Assembly.

However, when they got in front of the Ministry of Justice, policemen formed a barricade and prevented them from marching further.

Chanting on top of their voices, the protesters demanded to be given the right of way but the security operatives stood their ground.

The police authorities had earlier warned against the protests over the widespread violence recorded last year.