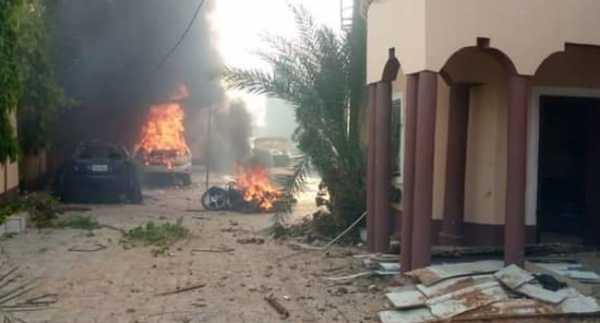 A mob has razed the residence of the Sokoto State Commissioner of Career and Security Affairs, Colonel Garba Moyi.

The house, located in Isa Local Government Area of the North West State, was burned down on Tuesday.

Sokoto Police Command Public Relations Officer Sanusi Abubakar confirmed the attack on Wednesday, explaining that arrests have also been made following the incident.

While narrating how the incident took place, the police spokesman said a peaceful gathering was organised by some residents of the area to discuss the way forward over security issues.

The gathering, according to Abubakar, was organised in good faith and resolutions were to be forwarded to appropriate quarters for further action.

However, he said some bad elements hijacked it for a protest that went violent, leading to the unfortunate incident.

Sources in the area said after torching the commissioner’s home, the youths also stormed the residence of the District Head and Sarkin Gobir of Isa, Nasiru Ahmed, destroying vehicles and other items.

Meanwhile, the Sokoto State Commissioner of Police Kamaludeen Okunola has ordered a full scale investigation to ensure those involved are prosecuted. He also warned residents of the state against taking laws into their hands.