Why I Was Rejected By 2 Hospitals Despite Being In Labour – Basketmouth’s Wife, Elsie Okpocha

Nigerian comedian, Bright Okpocha, alias Basketmouth‘s wife, Elsie Okpocha, has disclosed how she was rejected by two hospitals while in labour.

Elsie took to her Instagram page to share her story on the day she put to bed.

She shared that the first hospital she was taken to was a hospital she had earlier registered in but was still rejected because she did not do her antenatal with them.

She wrote a lengthy caption that reads:

“My Little Miracle…..so let me share my testimony with you. So on the day I put to birth, I was rejected by 2 hospitals(I had registered in one of them ) even though labour had started and my contractions were happening every 2minutes, their reason was that I hadn’t done my antenatal with them so they didn’t want to take me in case there was an emergency,

So after 40mins of driving back and forth, I was eventually admitted to Reddington Hospital in VI, I can only thank God it was midnight so there was no traffic, so while in the labour room, my water broke and I had a cord Prolapse…. (Never heard of it until that day)

So a Cord Prolapse is when the cord comes out of the uterus before the baby, when this happens, it can result in a loss of oxygen to the baby, and may even result in a stillbirth.

But God was gracious, he was kind, he didn’t let the Devil win…. When I saw the Doctor and Nurses Panic, I knew Something was wrong, in that moment of fear, I started to declare life for myself and my baby, thankfully God came through as always.

Fortunately the Doctor knew the emergency steps to take to keep my baby alive while they prepared me for an emergency CS, the CS doctor arrived in good time and I had my baby who is well and alive. Thank you Lord.” 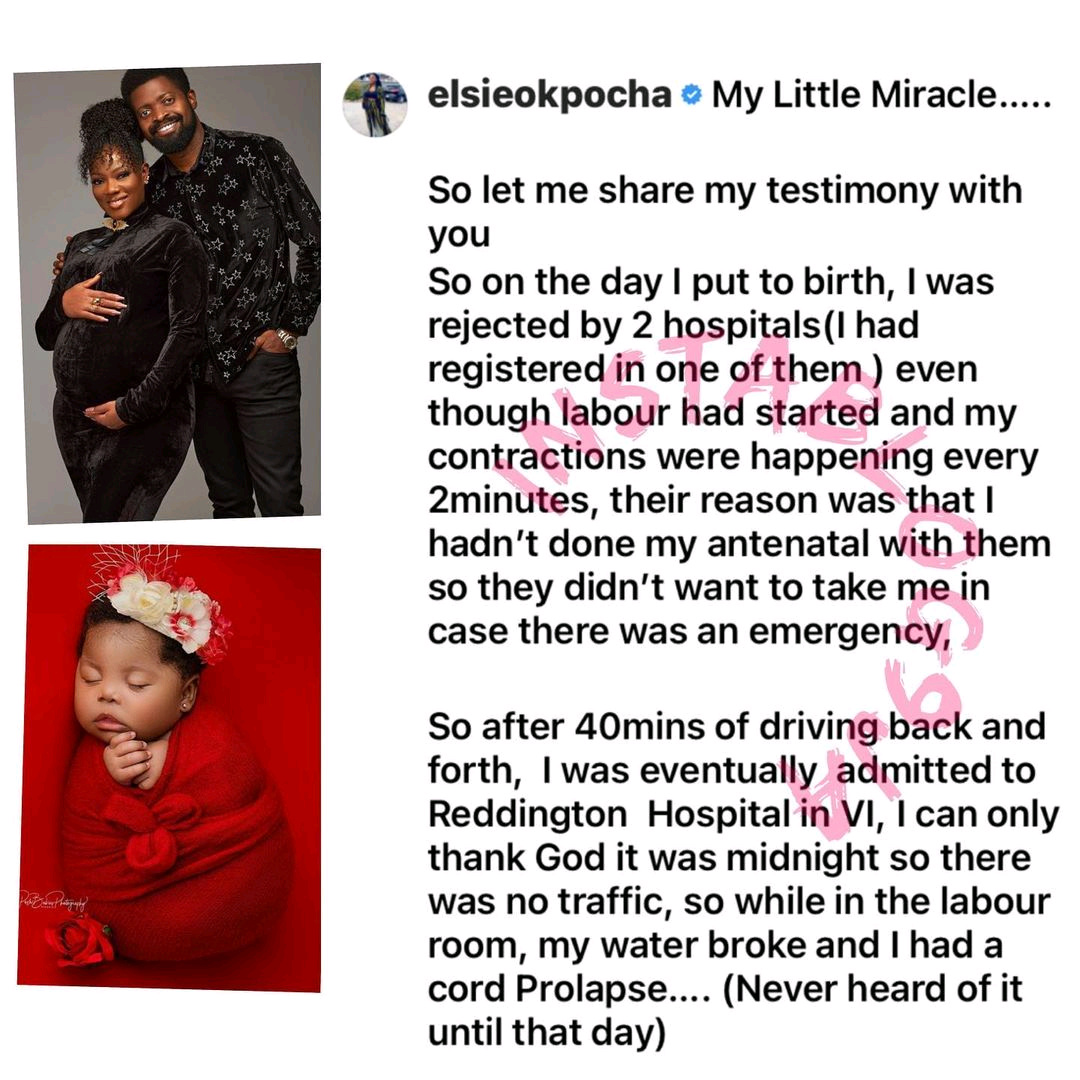 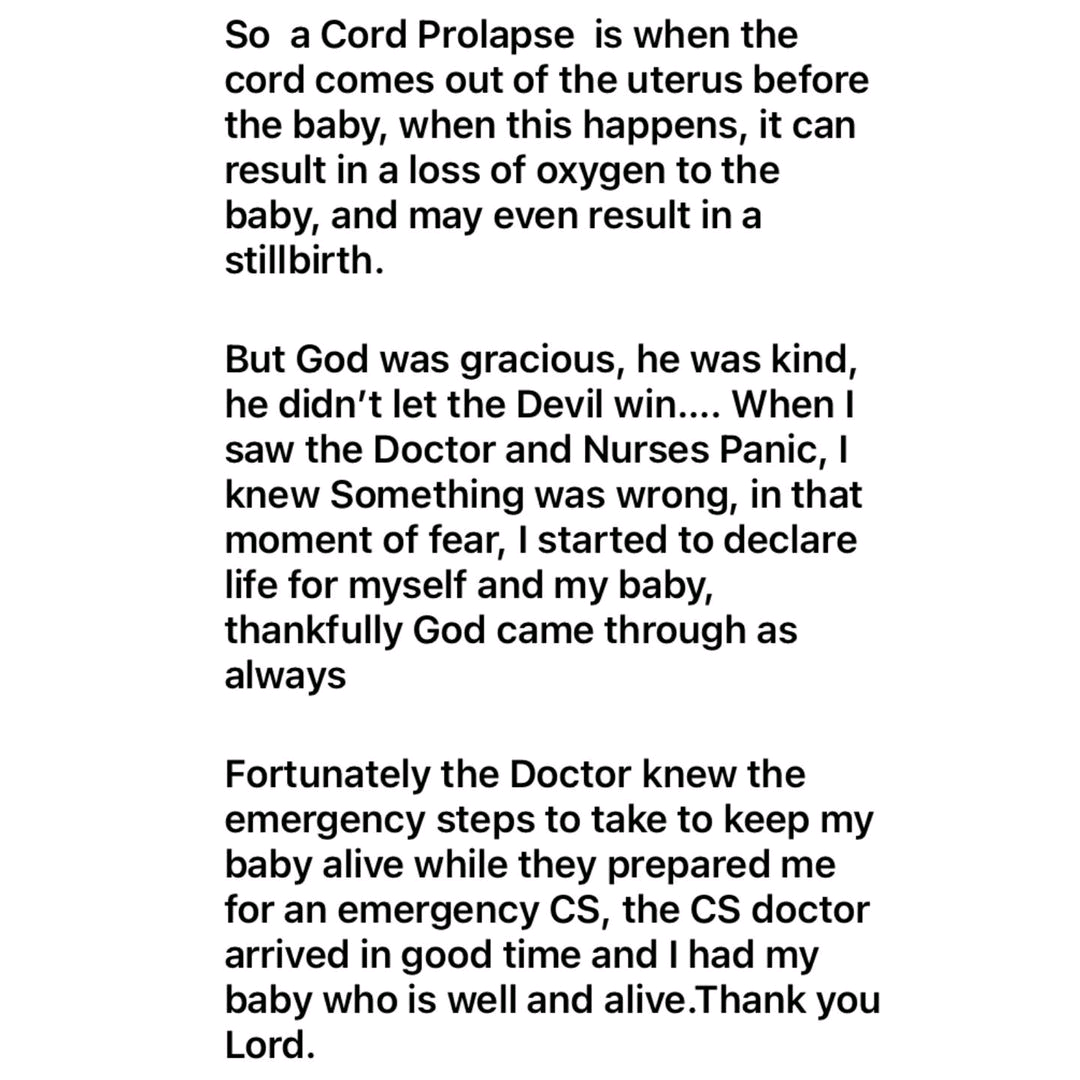