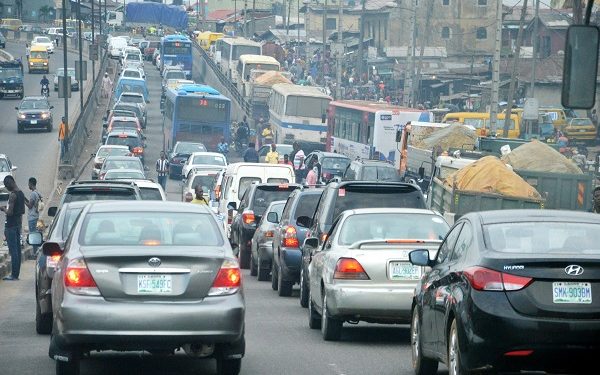 Commuters along Ikorodu road on Monday were stranded as commercial drivers parked their buses along the Onipanu/Palm groove axis over alleged extortion by men of the Lagos State Environmental Sanitation and Special Offences Unit (Task Force) and Lagos State Traffic Management Authority (LASTMA).

Several commuters heading to Jibowu, Maryland, Ikeja, axis had to trek long distances in the early hours of Monday.

It was gathered the bus drivers withdrew their buses, forcing commuters to resort to trekking while recalcitrant drivers were prevented from operating by transport union members.

A Commercial bus (Danfo) driver, who spoke with newsmen under anonymity, said they were protesting daily seizure of their buses and extortion by officials of Lagos State Environmental Sanitation and Special Offences Unit (Task Force) and LASTMA over frivolous traffic rules violation.

Another commuter said: “Drivers and owners of the buses have been at the mercy of task force and LASTMA for a long time.”

Attempts to reach the accused agencies did not yield results as the lines did not connect.