“The last couple of days has been of mixed feelings, anger, concern, disbelief, shock, and confusion. I did not get why TAMPAN directed their members not to work with me because there is nowhere that I spoke against TAMPAN, respected elders and colleagues who are their members.”

“The only thing I have done is to speak against the culture of rape, pedophilia attitude and stood against Legemiami who tactically gave support to a man who has been alleged to sexually harass a minor…i will never be friends with those who are friendly towards assault,sexual harassment and molestion of any kind..”

“I had to speak against this culture because this minor needs to be protected and this is not just about the minor in particular, it’s about the minors all over the world especially minors in the Nigerian space.”

“For so long a time many people do not see what the big deal is about sexual harassment, rape and assault on women generally and the sickening trend now are those men who seek pleasure in assaulting minors sexually.”

“No reasonable person should keep quiet upon hearing about the assault of a minor. As much as we should seek the truth, our first reaction should be to protect the minor and perpetuate awareness against sexual assault of minors, that was what I did and I would be more than glad to do that again”

“I have nothing but love and respect for TAMPAN, its members, and the elders.

I acknowledge the fact that my response to Daddy Jide Kosoko’s threat against my career was disrespectful, for that, I sincerely apologize to him and I say I am sorry Sir.. as I was driven by my emotions but I will never be sorry for standing against rape, sexual assault and molestation of minors.” 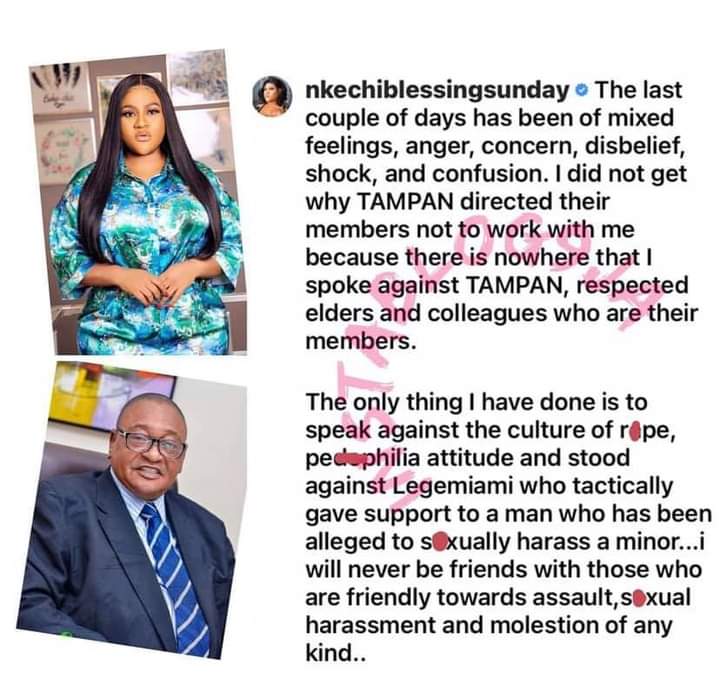 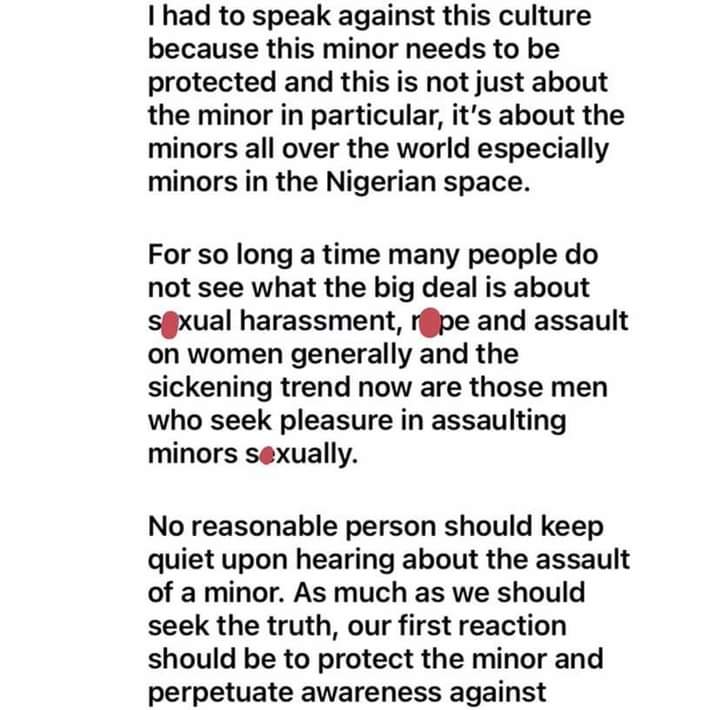 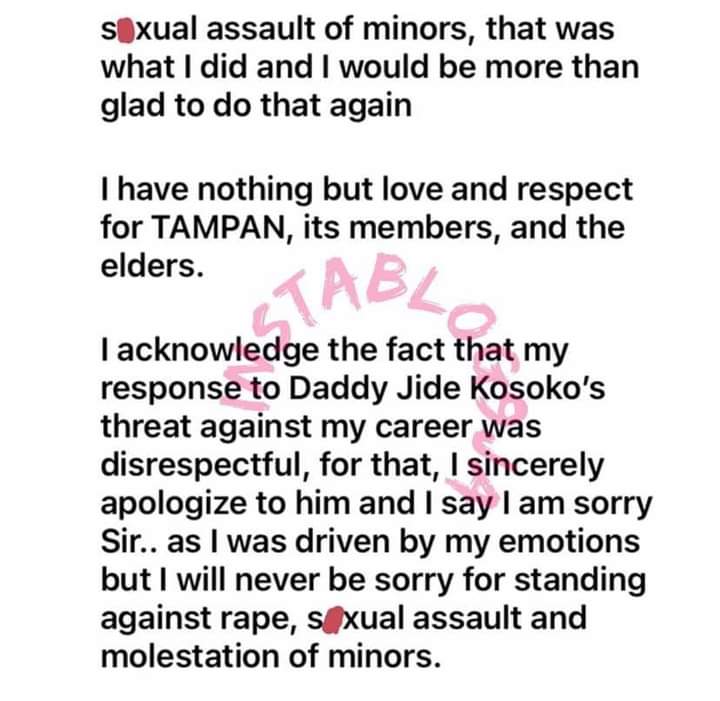