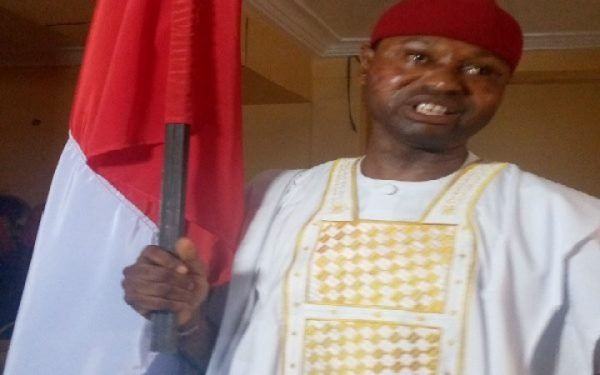 The People’s Redemption Party (PRP) on Wednesday conducted its governorship primary election with Dr. Nnamdi Nwanwuo emerging as the candidate of the party.

Nwanwuo, a native doctor was returned unopposed after his two co-aspirants, Chidebere Mba and Humphrey Anaso stepped down for him.

Announcing Nwanwuo as the winner, the National Secretary of the party, Babatunde Ali, described the election as credible and peaceful, saying the party’s flag would be the next flag to be hoisted at the government house after wrestling power from the ruling All Progressives Grand Alliance (APGA).

He commended other aspirants for stepping down for the candidate, saying it was a demonstration of spirit of sportsmanship and leadership, which he said was one of the hallmarks of the party.

He said, “PRP is the only party that recognises the place of people in governance. This country has hope because what we have done today will be on record as far as PRP is concerned.”

Explaining the reasons behind his stepping down, Mba said his inability to meet up the high standards of the party informed his decision.

“Nobody gave me one naira to step down for Nwanwuo. Whoever is making such allegations will attract God’s wrath. I can’t sell my conscience for nothing,” he said.

On his part, Anaso said, “I went into memory lane and discovered that north has not finished their tenure, and since I’m from the central, I decided to step down. Otherwise I have everything it takes to become a governor.”

In his acceptance speech, the party candidate, Nwanwuo promised to focus on health, education and agriculture to impact the lives of the citizens of the state.