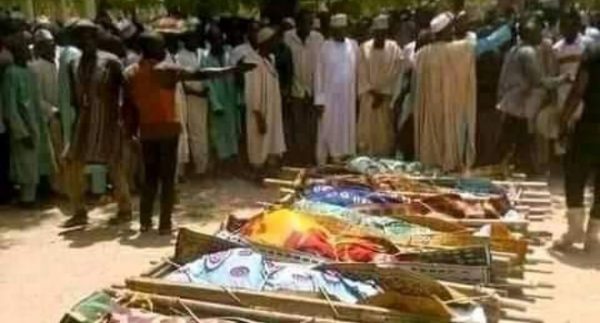 The spokesperson of the state Police Command, Mohammed Shehu, was quoted by the Punch Newspapers as putting the death toll at 35 persons.

According to him, his men failed to reach the affected communities on time when they were informed of the invasion due to the poor road network.

Mr. Shehu also maintained that the “police are currently working tirelessly” to bring the assailants to justice.

However, a source from the area, claimed the marauders, stormed the communities around 11 am on Thursday morning on motorcycles leaving over forty dead in a trail of destruction in their wake.

“So far, 42 dead bodies have been recovered by the security and volunteer groups in the area.”

“They were shooting sporadically at people they came across in the five communities. They also attacked farmers who were in their farmlands cultivating their crops,” he said.

The corpses were taken to Faru town where they were buried.

Banditry and kidnap have become commonplace in Zamfara with the abduction of 317 female students from a government school in early February being amongst one of the growing cases of the menace.