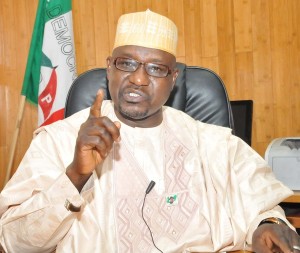 The chairman of the forum and governor of Ebonyi State, condemned the incident in a statement by his Special Assistant on Media and Publicity, Francis Nwaze.

Umahi urged security agencies to immediately arrest the perpetrators and bring them to justice.

He said: “It is with a rude shock that we received the news of the unfortunate death of Alhaji Ahmed Gulak in the hands of the senseless unknown gunmen.

READ ALSO: IPOB: We Have No Hand In Ahmed Gulak’s Murder

“We, on behalf of the people of South East, condemn the act highly and we charge security agencies to immediately deploy their officers and men to arrest the perpetrators and make them face justice, we, however, pray to God to grant the deceased rest in eternity”.

The governor condoled Gulak’s family, the Adamawa State Government and Nigerians in general.

He prayed God grants the departed rest in his bosom.