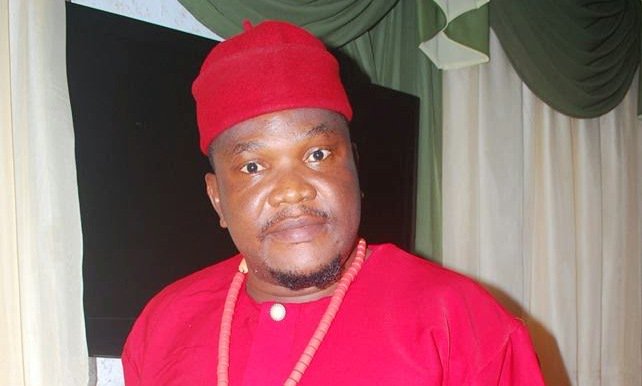 The actor noted that Africans lack pride in their native languages while they see the English language as the epitome of intelligence and the yardstick of respect.

Describing the practice as mental slavery, the actor enjoins African parents to do away with the perception that English language is superior to African native languages.

He also encouraged them to teach their children the importance of speaking their native language without shame.

A few celebrities who have weighed in on the issue of African languages versus the English language include singer Paul Okoye alias Rudeboy and actor Yul Edochie. 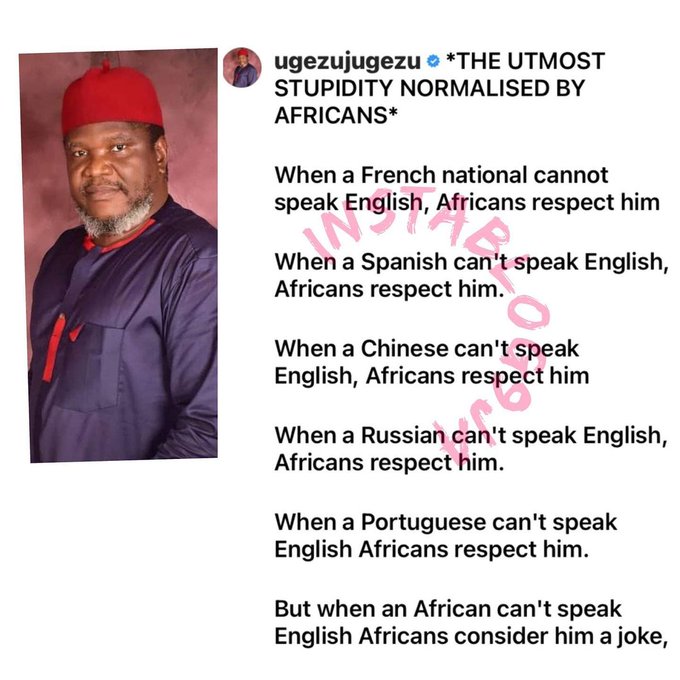 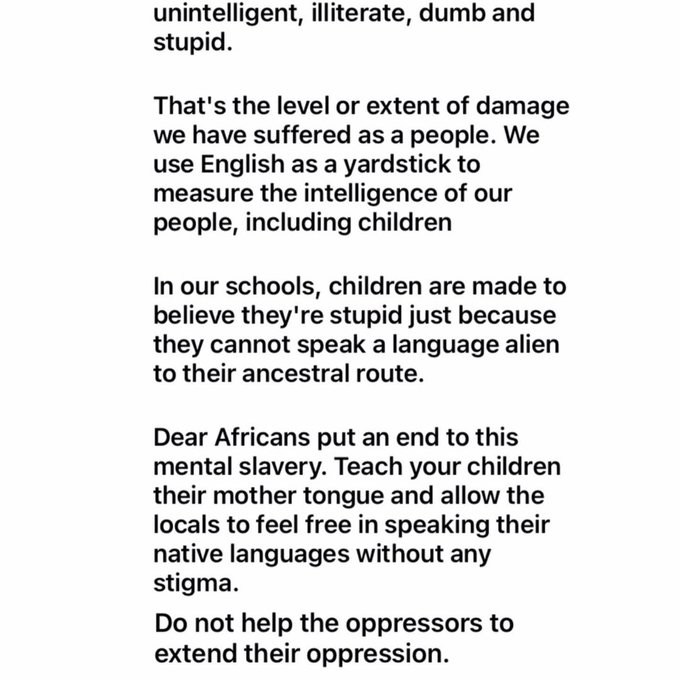