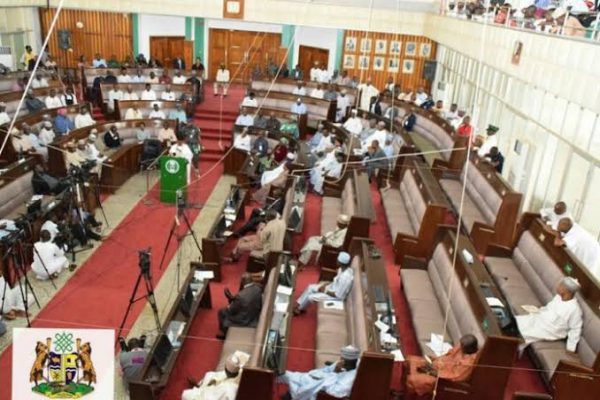 As crisis rocked the Kaduna State House of Assembly, yesterday, the lawmakers have extended the suspension of three of its members.

A statement by the Chief of Staff to the Speaker, Haruna Sambo, explained that their suspension was extended with 12 months.

According to him, the decision was taken during plenary presided over by the Deputy Speaker, Isaac Auta, yesterday.

“The House has extended the suspension of the three members and issued suspension to another, Salisu Isa, representing Magajin Gari,” he said.

The statement listed Mukhtar Hazo and Nuhu Shadalafiya, both former deputy speakers, and Yusuf Liman as those to serve another 12 months’ suspension.

It, however, declared the seat of the former speaker, Aminu Shagali, vacant.

The Assembly said such a move became imperative following the former speaker’s longtime absence from the hallowed chamber.