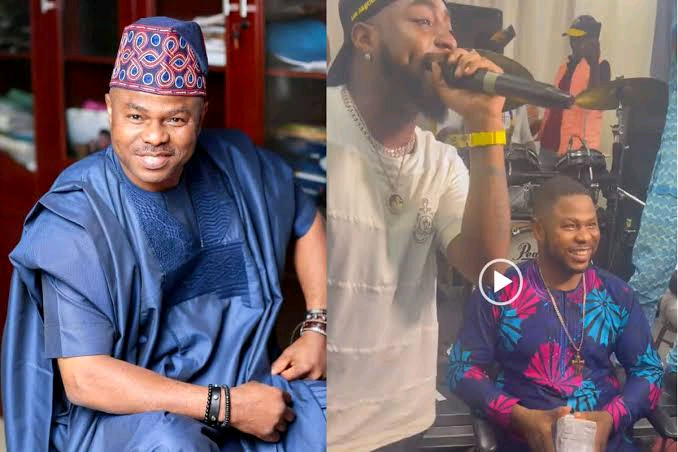 In the viral video, the DMW label head can be seen dancing on the stage where the juju musician is playing along with his band.

The father of three held the bundle of notes in his hands as he visibly enjoyed Ayefele’s performance.

Information Nigeria recalls the Babcock University graduate was recently seen spending quality time with his son, Ifeanyi amid breakup rumors with his fiancee, Chioma Avril Rowland. This also comes shortly after the leaked pictures of the  ‘Jowo’ crooner and his alleged new girlfriend, Mya Yafai.