Singer Ric Hassani Reacts After His Song, ‘Thunder Fire You’ Was Rubbished

Nigerian singer, Ric Hassani has reacted to the tweet of Nigerian lawyer and author, Ayo Sogunro that says his song, ‘Thunder Fire You’ is ‘whiny’ and ‘unoriginal’.

Information Nigeria recalls that the singer had announced via his Twitter page that the song was banned by NBC from being played on the radio.

What was meant to be a setback eventually became a blessing in disguise as many people rushed to listen to the song on streaming platforms.

Sogunro had done exactly this only to report back on Twitter to say that he was utterly unimpressed by the song. He further said that the song would have died a natural death if not for the publicity it received after being banned.

Hassani saw Sogunro’s Twitter thread and went under his comments section to make a case for himself. However, the rather calm manner with which he defended his song was applauded by users on the microblogging platform. 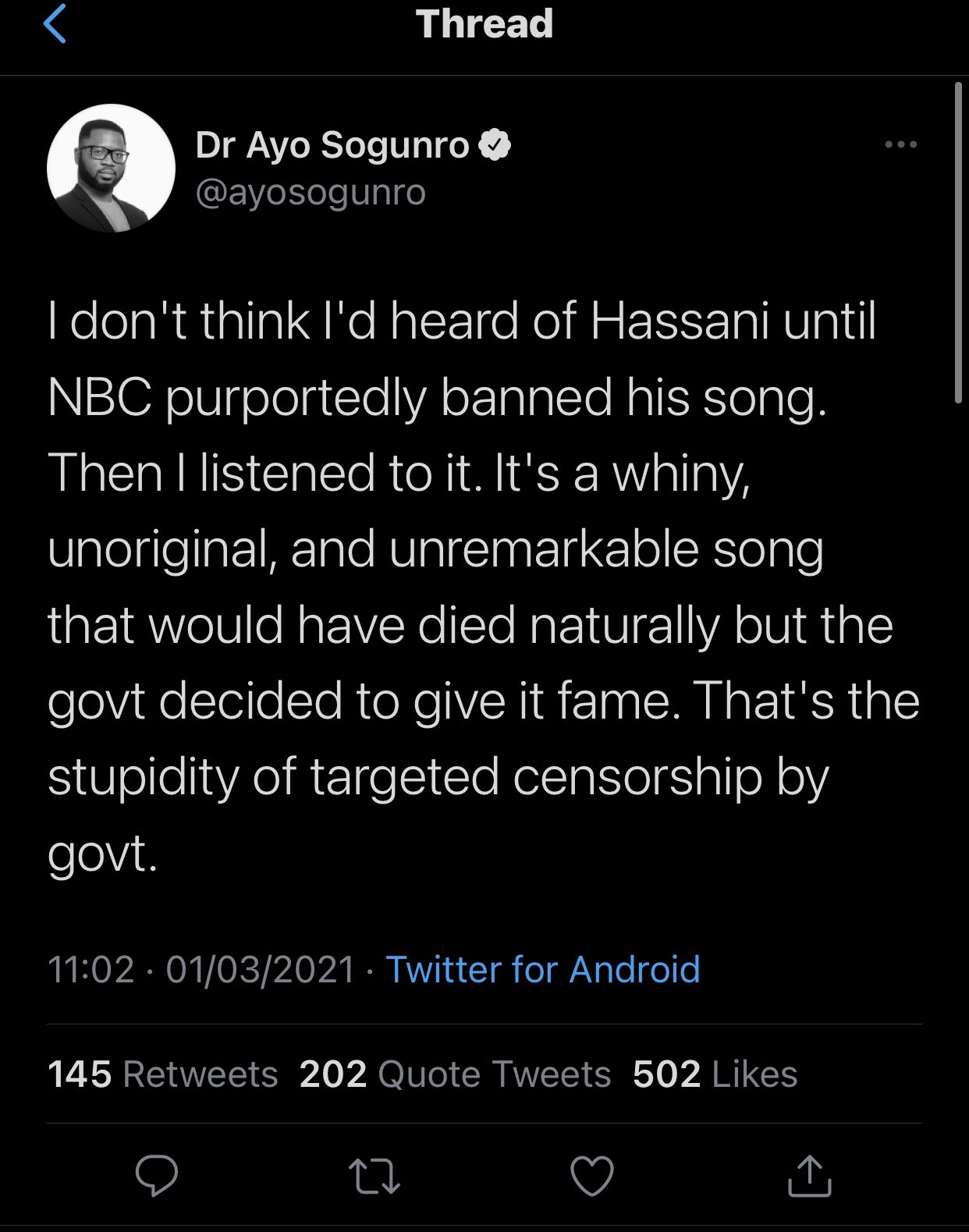 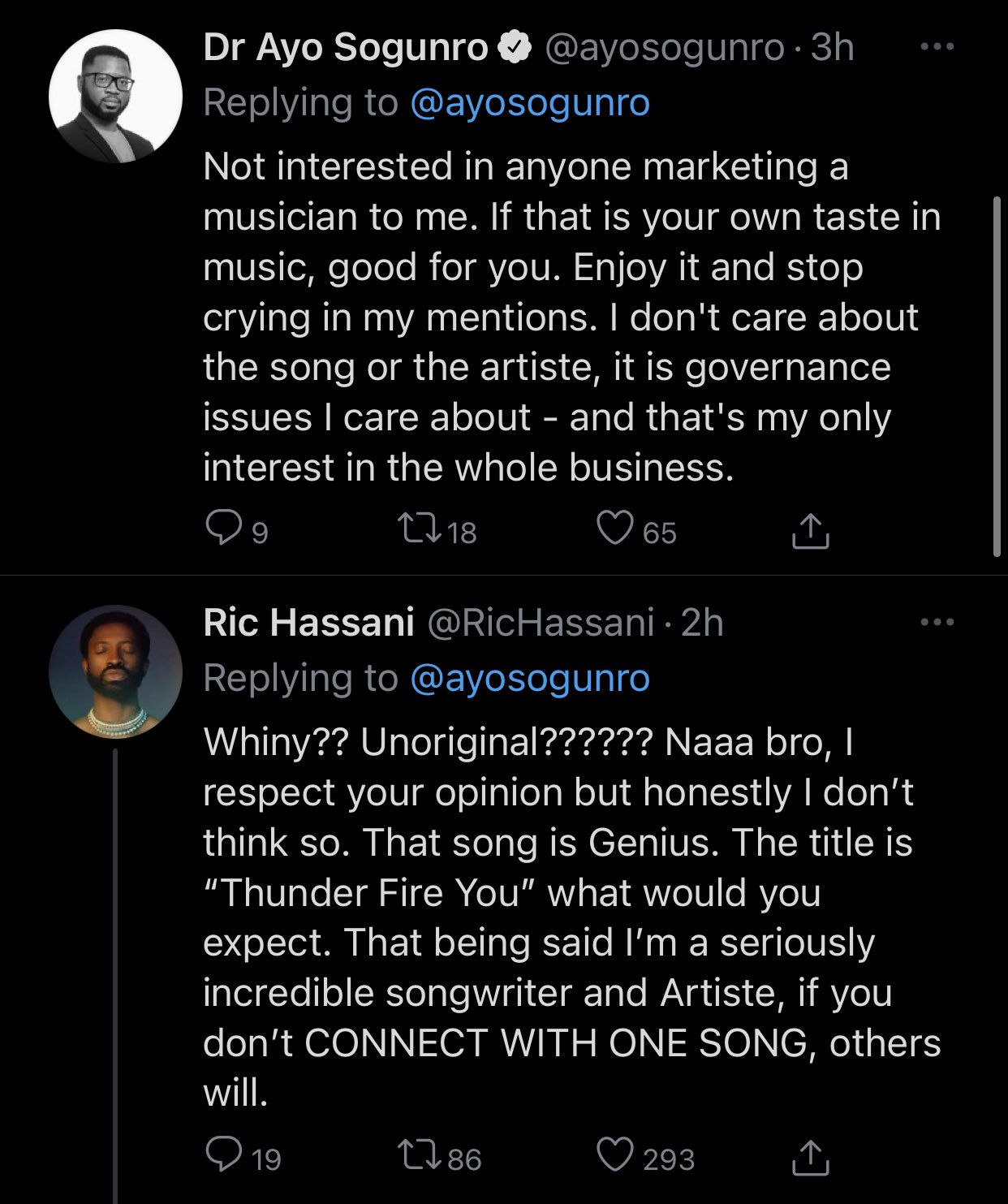 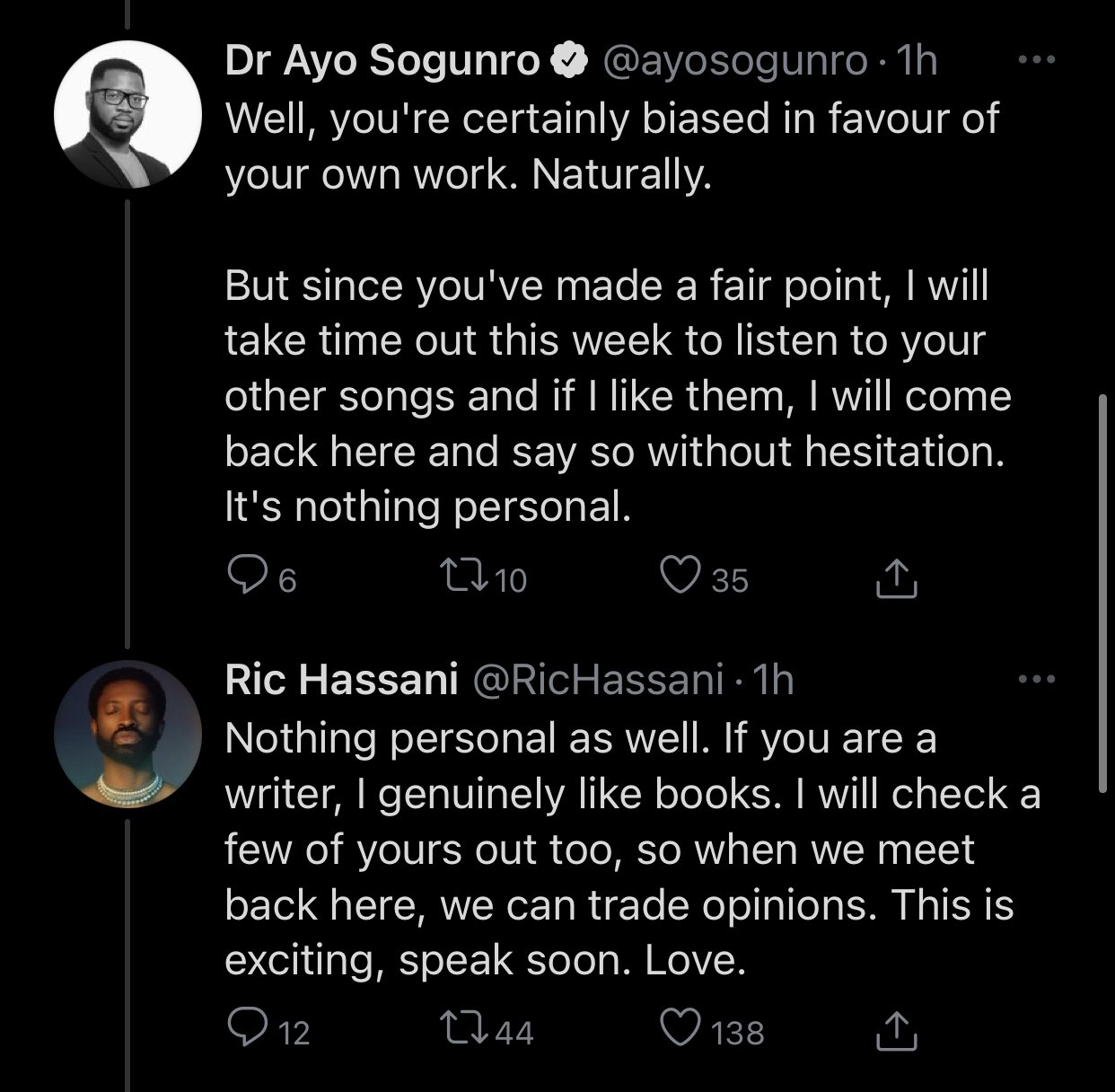