Nigerians React As Burna Boy Boasts About His Grammy Award

Nigerians have taken to Twitter to react to the series of tweets released by recent Grammy award winner, Burna Boy on Saturday night.

The ‘Odogwu’ crooner unleashed his braggadocious personality in full form as he took a swipe at critics who prayed against his win.

The Port Harcourt-bred artist also brought his unborn children into the picture as he tweeted that they would be proud of winning on their own without anyone’s help because he won the Grammy award as a solo artist.

The tweet has quickly become controversial as Twitter users have interpreted it as a subtle shade at his colleague, Wizkid who also won a Grammy award on the same night by virtue of his feature on Beyonce’s hit song, ‘Brown Skin Girl’. 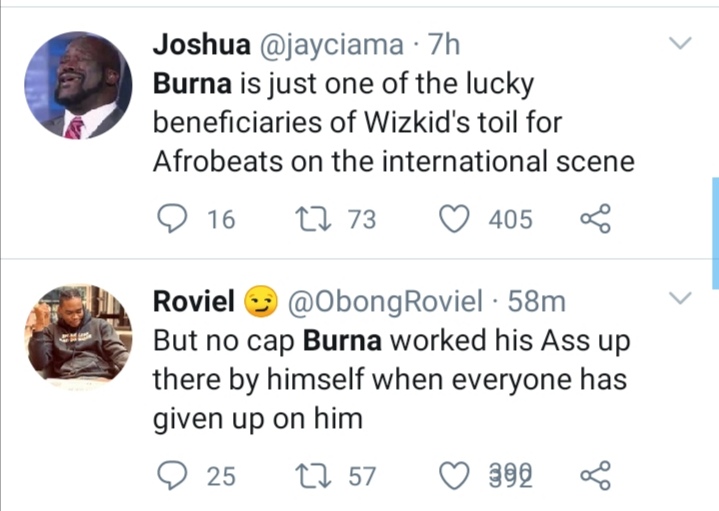 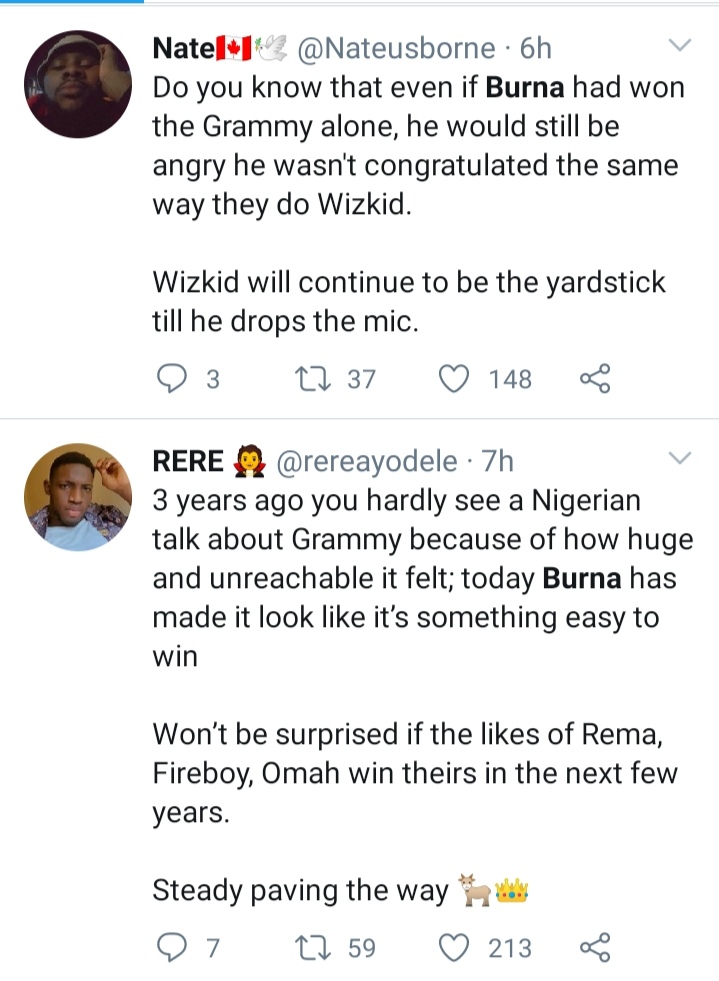 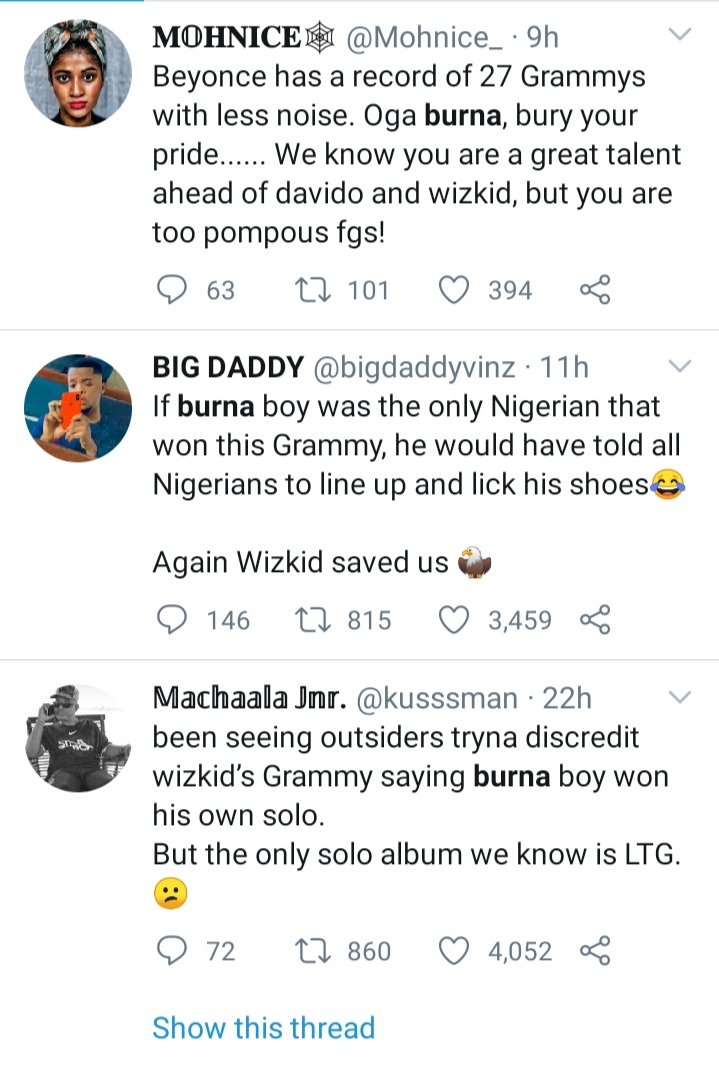