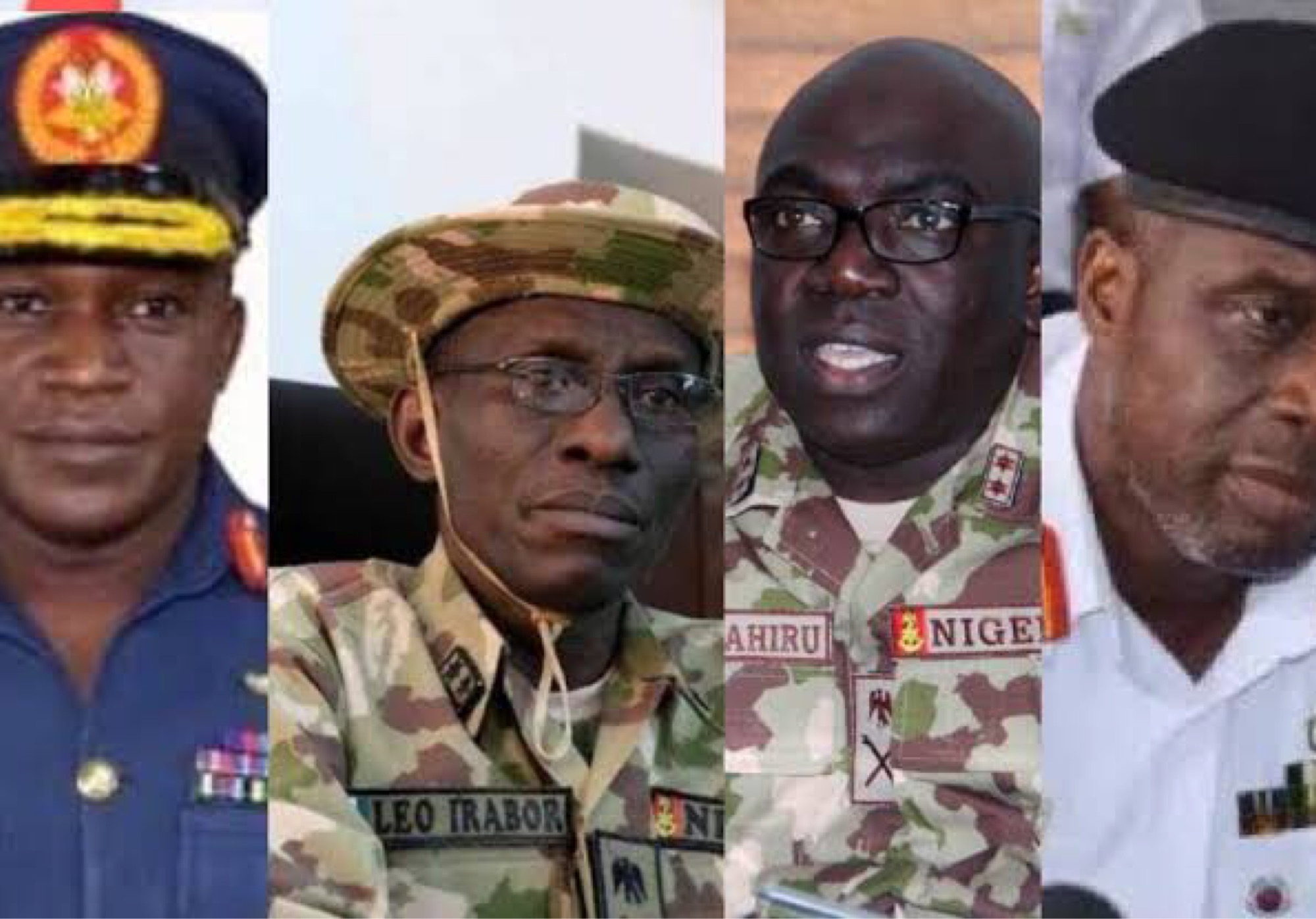 The President of Nigeria, Muhammadu Buhari has appointed new Service Chiefs, following public outcry over the widespread insecurity in the country.

The former service chiefs of the overall defense staff, the army, the navy, and the Air Force tendered their resignations as they retired from service.

The new service chiefs, on the other hand, include;

Leo Irabor is the new Chief of Defence Staff. He was born in Agbor, Delta State on the 5th of October, 1965.

He bagged an Engineering degree at the Obafemi Awolowo University and holds two Masters Degree from the University of Ghana, and the Bangladesh University of Professionals, Dhaka.

Major Attahiru, who was born on the 10th of August 1966 in Kaduna State, took over from Tukur Burutai, a Lieutenant General.

In 2017, he was appointed as the Commander leading the fight against Boko Haram, and was subsequently removed following a rise in attacks by the terrorist group.

He previously served as the General  Commanding Officer of the 82 Division of the Nigerian Army, Enugu.

Born on April 22, 1966, Gambo served as the Director of Procurement at the Defence Space Administration before his appointment.

He hails from Nasarawa LGA in Kano State. He joined the Navy in 1984, Regular Course 36, and commissioned as a Sub-Lieutenant in September 1988.

He is an Underwater Warfare specialist, with a sub-specialization in Intelligence and also snagged a Master’s degree in Transport Management from LAUTECH. He has completed courses at the South Africa National Defence College.

Until his recent appointment, he was the Director of Procurement at the Defence Space Administration.

The new Chief of Air Staff, Air Vice Marshal Isiaka Olafayo Amao, was born on September 14, 1965, in Enugu state. He hails from Oshogbo in Osun State.

He was recruited into the Nigerian Air Force on January 19, 1984, as a member of the 35 Regular Course of the Nigerian Defence Academy and was commissioned as Pilot Officer on December 20, 1986.

Until his new appointment, he was the Air Officer Commanding, Tactical Air Command (TAC).

The seasoned combat fighter pilot is married and blessed with three children.