Popular Yoruba freedom fighter, Sunday Adeyemo, popularly known as Sunday Igboho, has said he will not heed calls to help a community in Oyo combat Fulani kidnappers except the state governor gives him approval to do so. 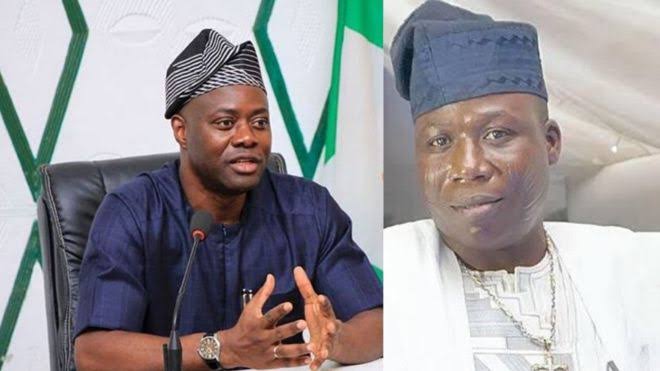 SaharaReporters had on Sunday reported that residents of Kajola village in Ayete, in the Ibarapa North Local Government Area of the state called on Igboho to come to their rescue and save them from a group of armed Fulani herdsmen headed by one Iskilu Wakil.

The villagers had alleged that Wakil and his fellow armed Fulani men had driven away farmers from the village after the villagers served him a notice to quit.

The people also said they had been suffering from incessant attacks and destruction of their farms from Wakil and his gang for long, adding that they had asked him to vacate their land when the Seriki Fulani of Igangan, Saliu Abdukadir, was given a quit notice by Igboho.

“We are pleading with Chief Sunday Igboho to come to our rescue. The police and Amotekun have refused to help us. So, we will appreciate it if he can come here also to help us,” one of the affected farmers was quoted as saying.

But in an interview with SaharaReporters on Tuesday, Igboho, who spoke through his media aide, Salami Oladapo, said he would only go to Ayete to fight the cause of the farmers there if Governor Seyi Makinde would approve it.

He said, “I know the people of Ayete are calling for help but I will only go to Ayete if the governor asks me to go. After all, he is the chief security officer of the state and he is in the best position to give the order.

“The governor visited Igangan over the weekend and just left yesterday. Ayete is not far from Igangan, whatever affects the people in these communities should be of utmost priority to the governor of the state.

“If the governor gives me the go-ahead today, I will be in Ayete first thing tomorrow morning.”