The popular movie star was made to do this after her colleague, fast-rising actress Uju Okoli recently took to social media to flaunt the new luxury whip she recently acquired.

Ibeh celebrated the actress on her Instagram page and wished her more wins. However, actress Queen Nwokoma was not going to stop at just celebrating her colleague as she left a comment under the post asking where they get their money from.

Moved to speak in favor of her colleague, Ibeh replied that most of the actresses actually work hard for their money. She added that the question implies something else that Nwokoma should not be peddling as a member of the industry. 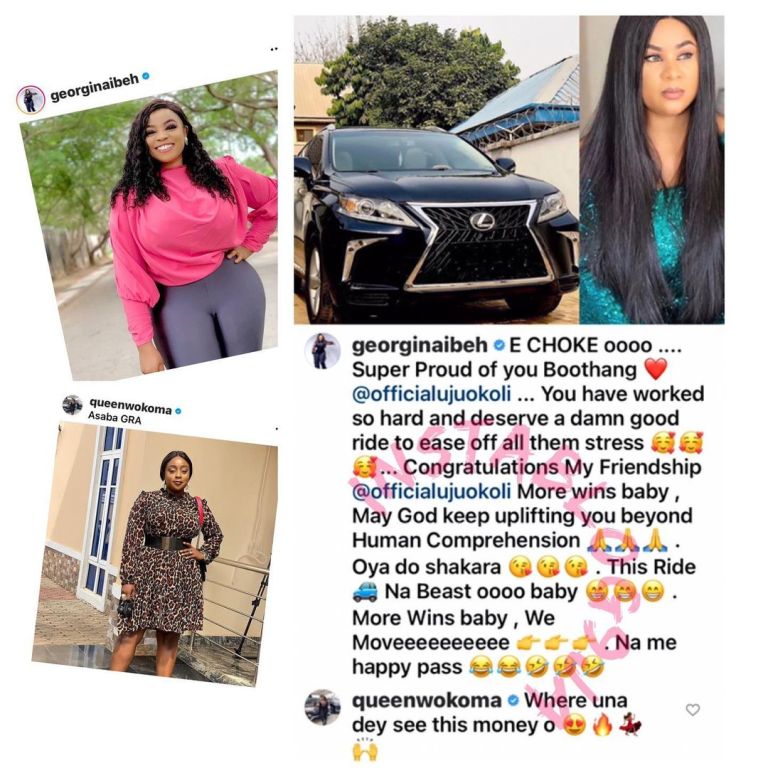 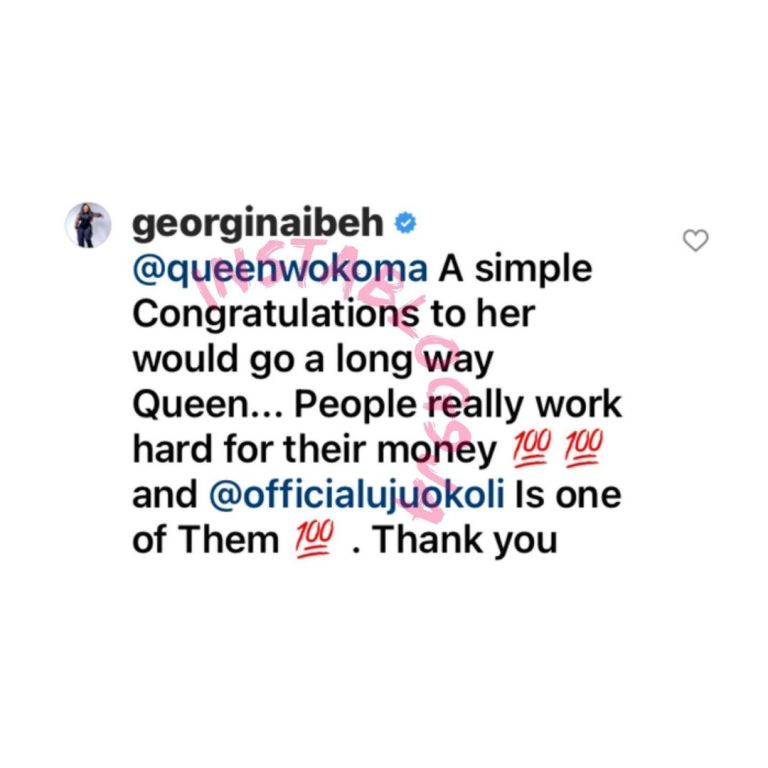