A young man is currently the talk of social media after he made a bold claim that there is no lady in our generation who can be described as loyal. 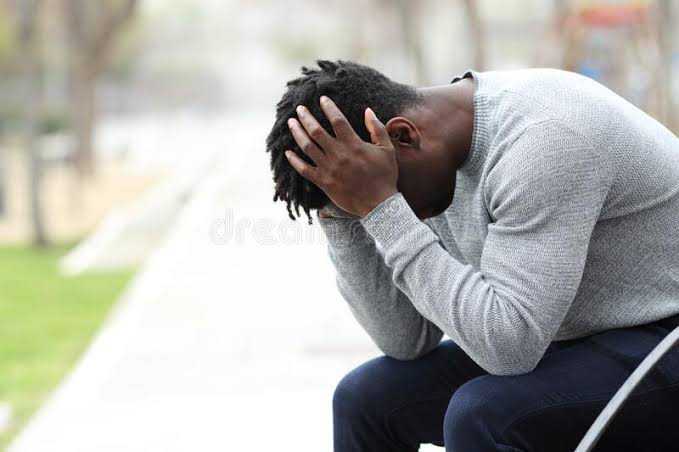 He made this claim after he discovered that his fiancée has been lying to him as well as cheating on even after providing for her.

According to the man, his fiancée was chatting a particular guy adding that they fought over the matter for several times.

He shared this on social media as he wrote to the popular Nigerian relationship coach, Joro Olumofin. 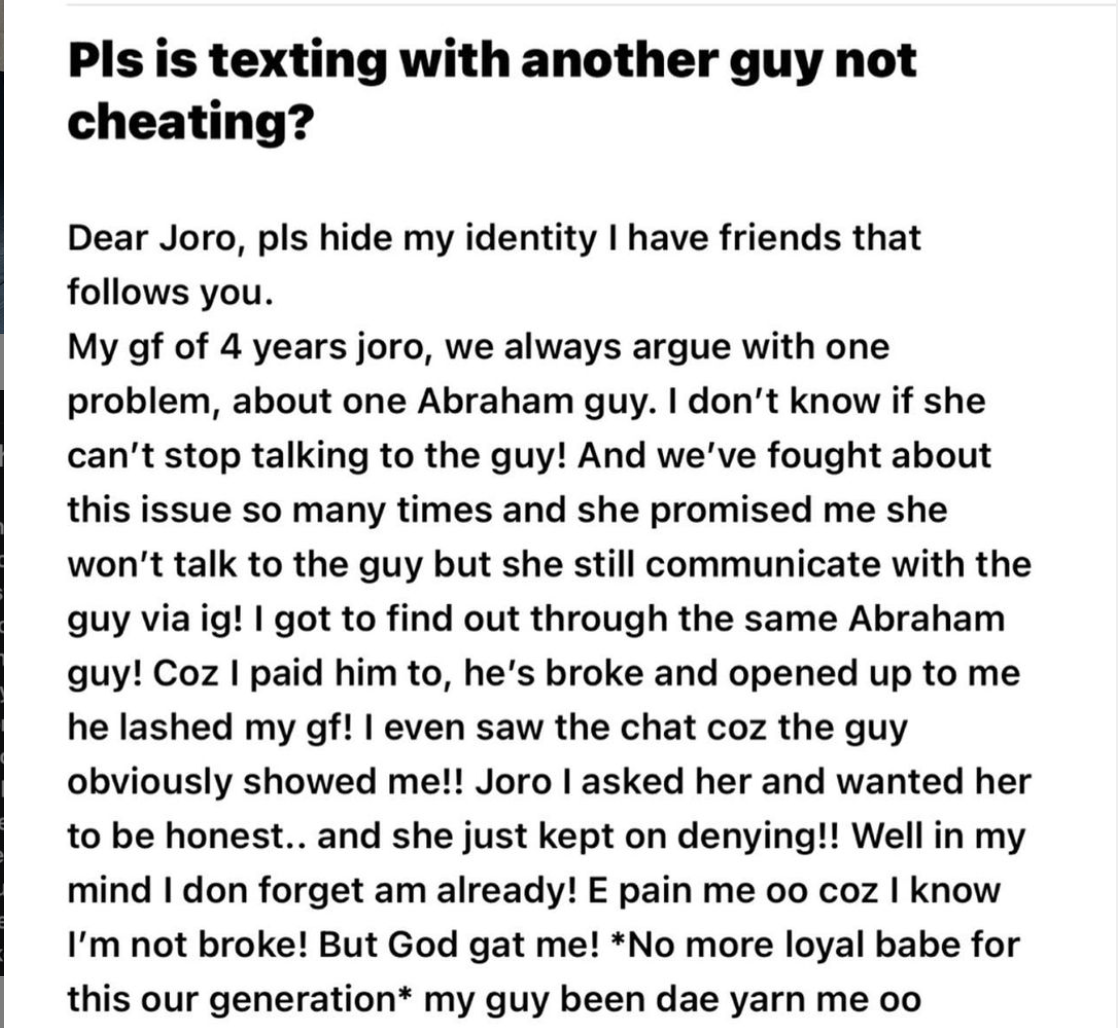