American rapper, Meek Mill took to Twitter on Saturday to ask his fans to link him up with a new young Nigerian “artist” and he was quite specific.

“Link me with the new young Nigerian artist!!! tag me link,” he tweeted.

The tweet suggested that the rapper was in need of someone, who could create paintings or drawings.

However, Davido misunderstood the tweet and thought the rapper meant that he wants a performer.

The singer quickly replied the tweet and he asked the rapper to show up so they can work on a song together.

The Jowo crooner then responded;

“Anyone make baba show make we give dem again!! E choke for studio!!!,” he tweeted.

See the exchange and reactions below: 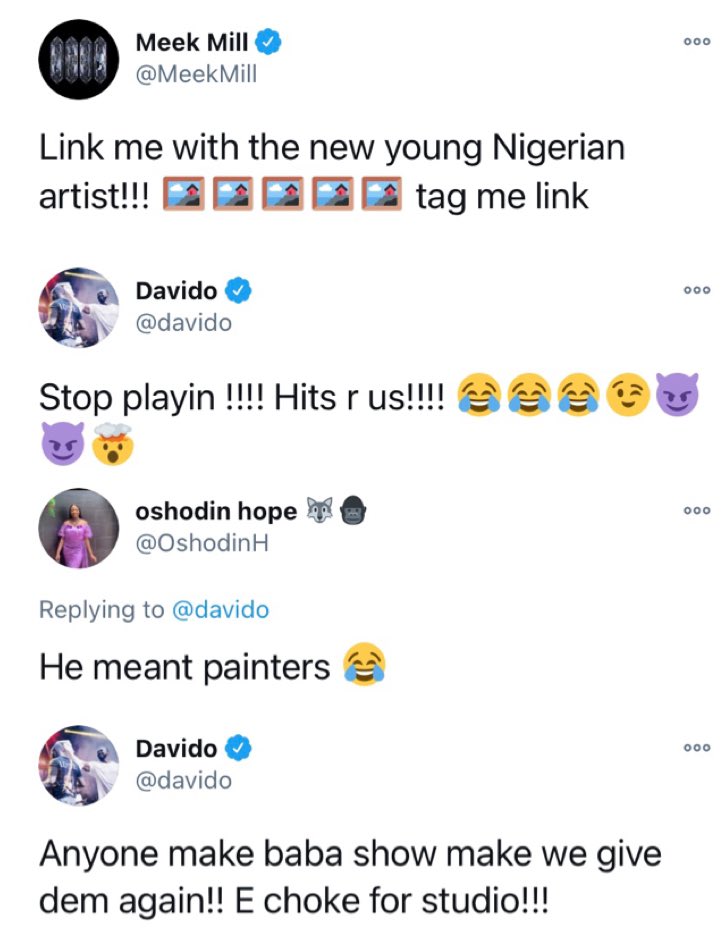 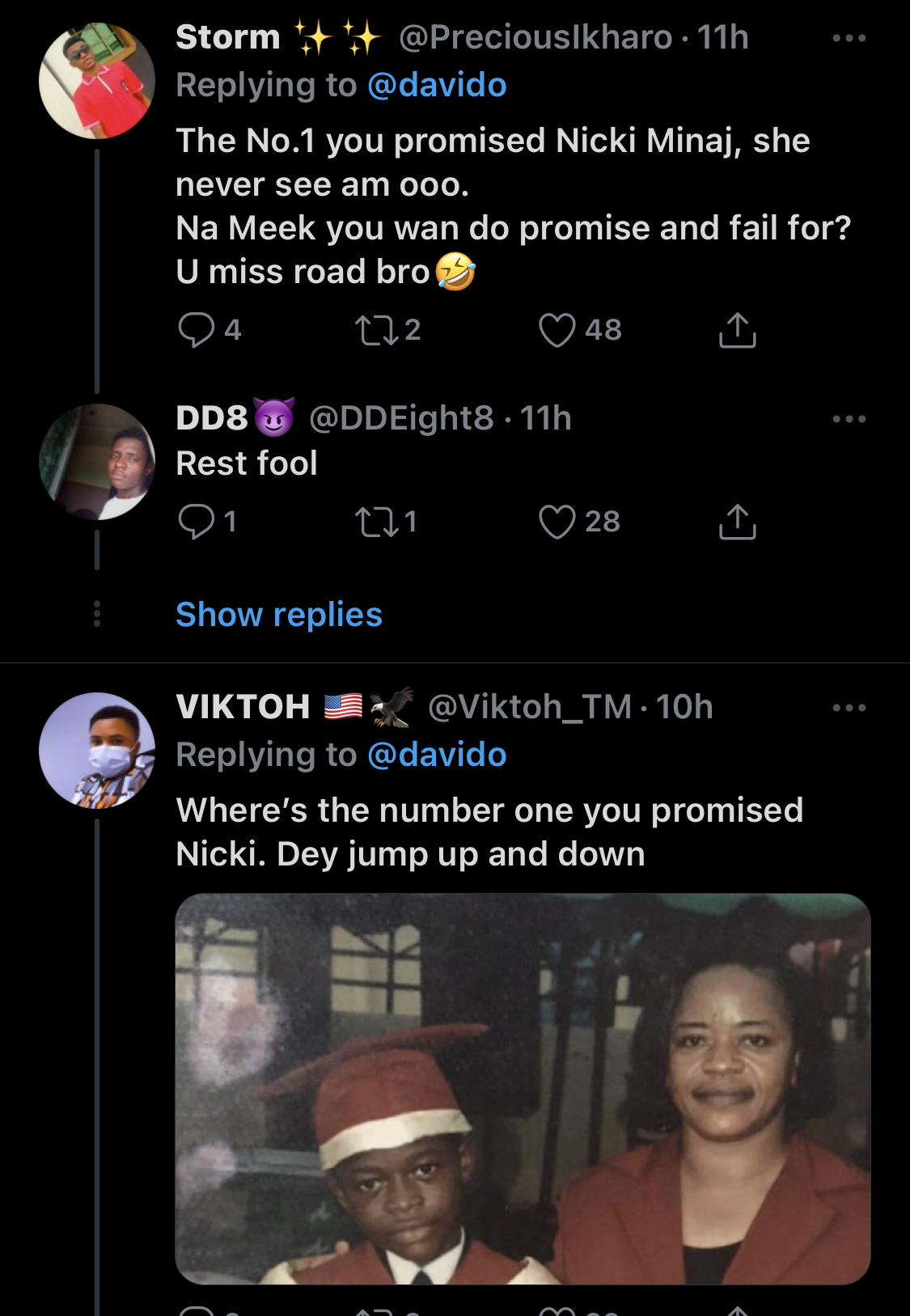 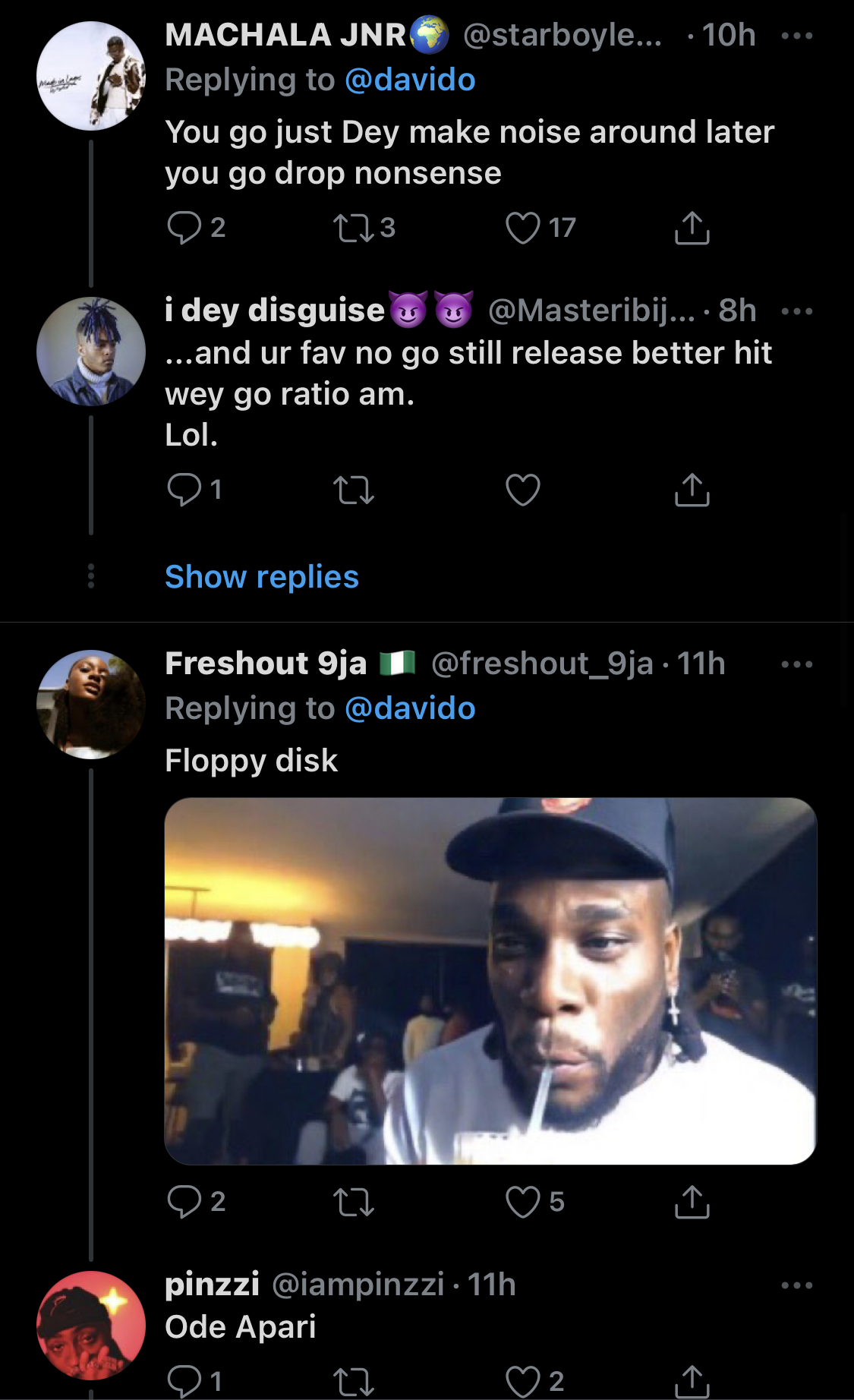