Former Presidential aide, Doyin Okupe, has reacted after his son Bolu, came out the closet and he publicly announced that he is gay.

Bolu had taken to his Instagram page where he posted a photo of himself holding a rainbow flag and matching shorts. The young man also shared his reality to his followers saying;

Reacting to the post, Netizens criticized the young man over his sexual orientation while others hailed him for  summoning the courage to come out.

However, this did not go over well with the young man’s dad, Doyin Okupe.

Taking to social media, Okupe expressed his displeasure as he noted he is very aware that his son is gay.

The former presidential aide vehemently opposed his son’s sexual orientation, adding that he sees this as a spiritual challenge.

“The picture below is that of Mobolurin Okupe. He is my son. I gave him the name MOBA OLUWA RIN, ( I WALKED WITH GOD) because he was born at the time I gave my life to Christ”.

“I have been aware of this his new orientation for a while now”.

“He knows that as a Christian and a witness for Christ ( an evangelist) I am vehemently opposed to homosexuality as it runs contrary to the avowed precepts of my Christian faith”.

“For me I look beyond the surface or the physical. Here I see a major spiritual challenge ahead but I know as my God liveth, this whole saga will end up in Praise to the Almighty Jehova who i serve day and night”.

“For it is written:

Behold, the hand of the Lord is not shortened that it cannot save, neither is His ear deaf that he cannot hear. Isaiah 59 vs 1”. 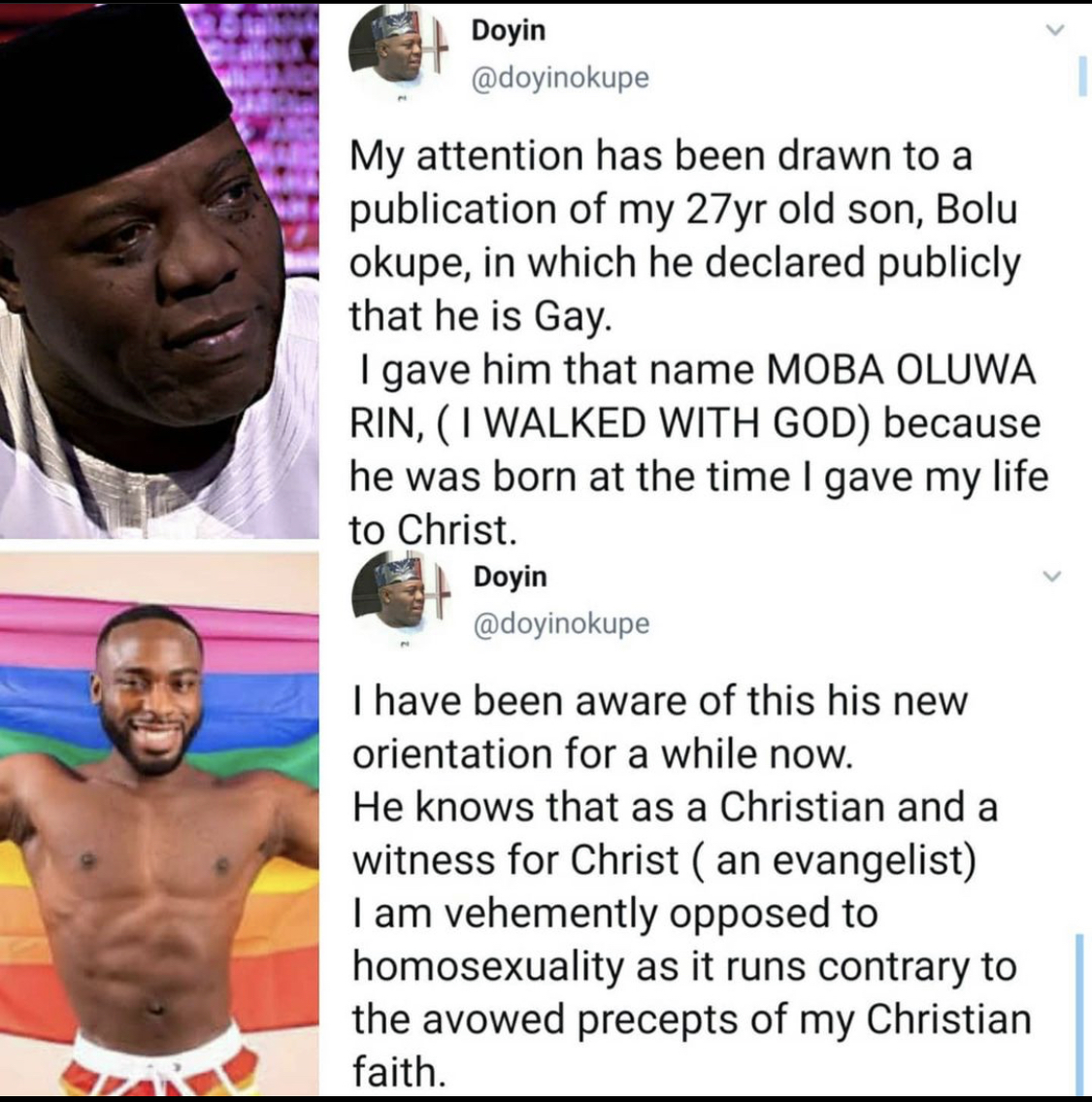 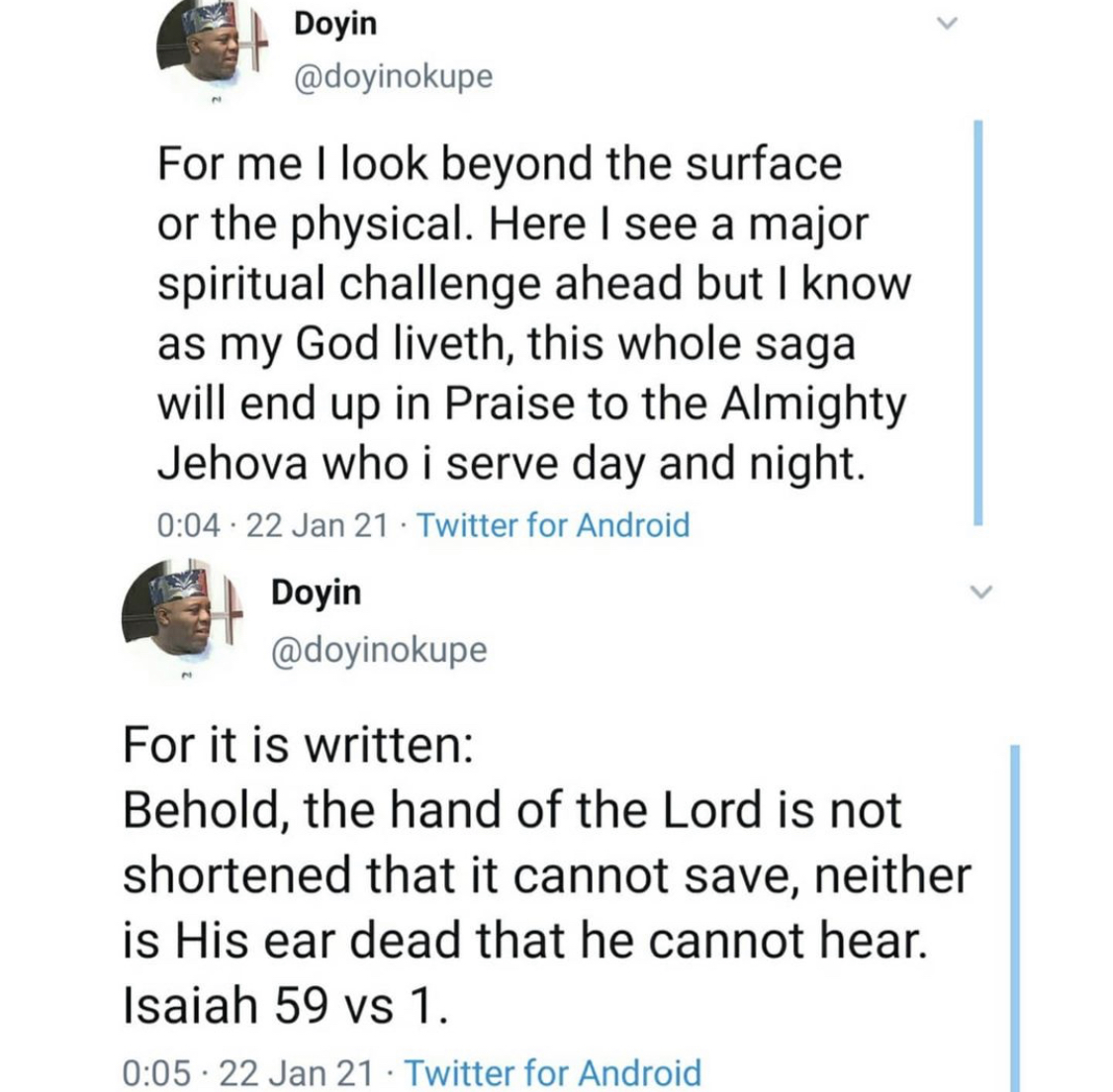 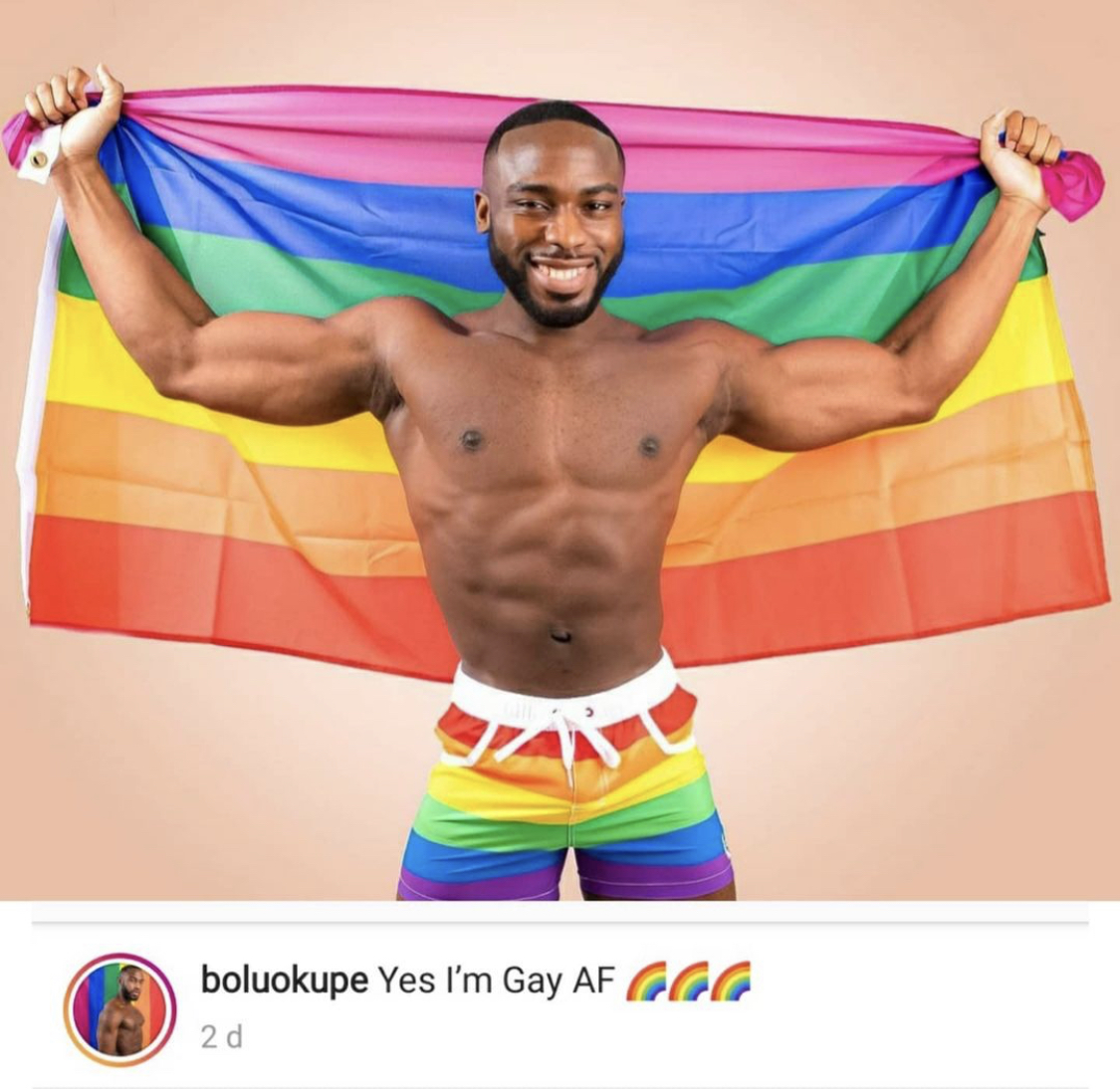