‘Not All Men Are Scum’ – Yemi Alade

Nigerians on Twitter could not ignore the tweet made by popular singer Yemi Alade regarding the male gender. The ‘Johnny’ crooner made a simple tweet which reads:

Reactions to the tweet show that a lot of men on the micro-blogging platform approve the message. A few asked the multiple award winning singer and performer to increase the volume of her message so that it can get to the feminists who think that the male gender stands for irresponsibility.

Some fans even assumed that the singer might be in love with a man hence the tweet. 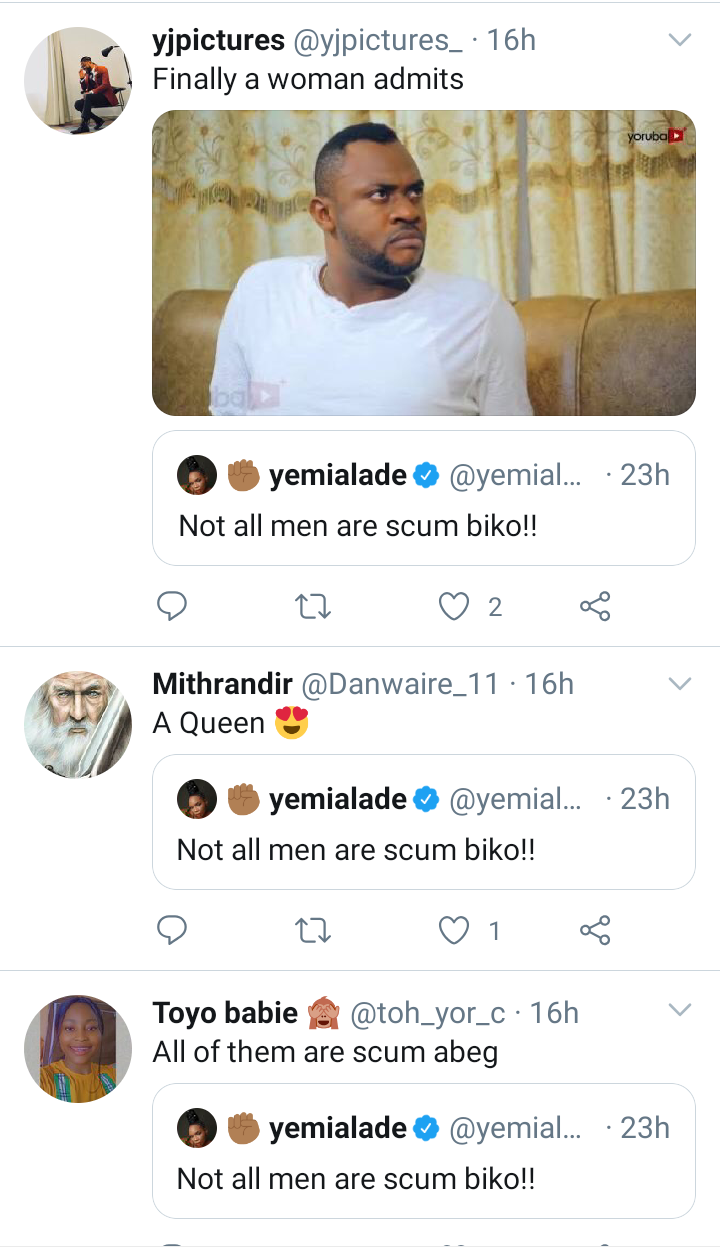 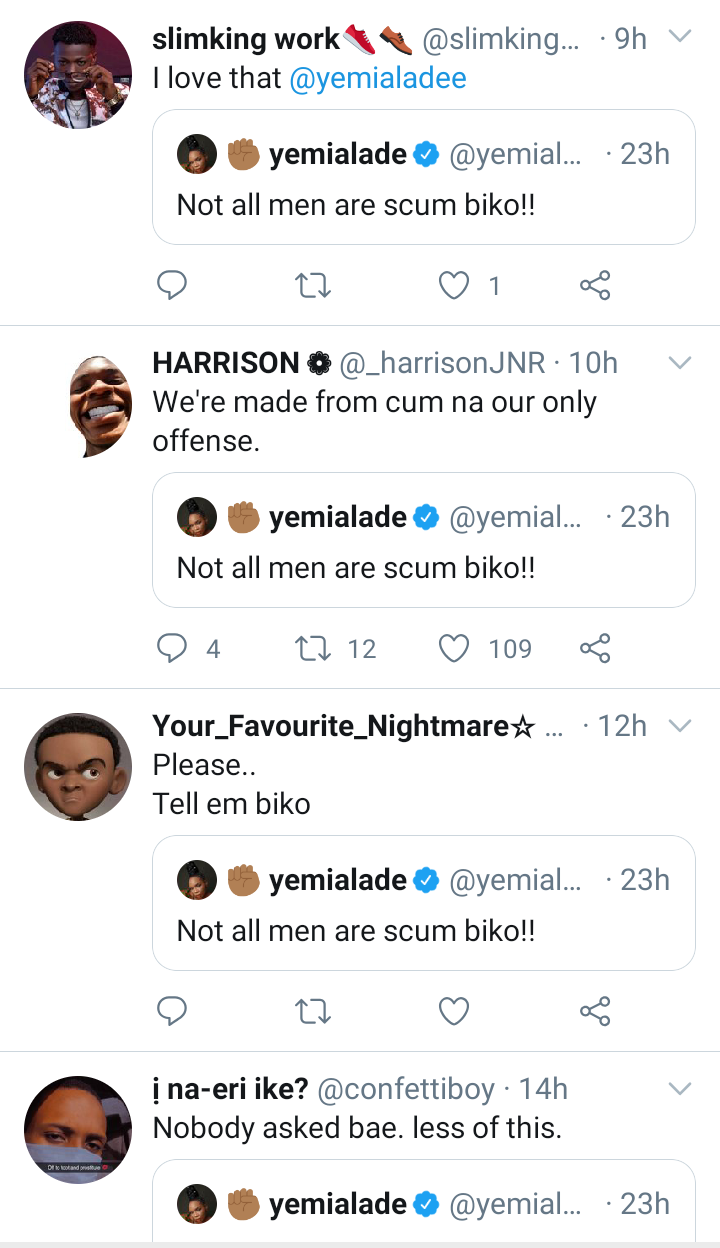 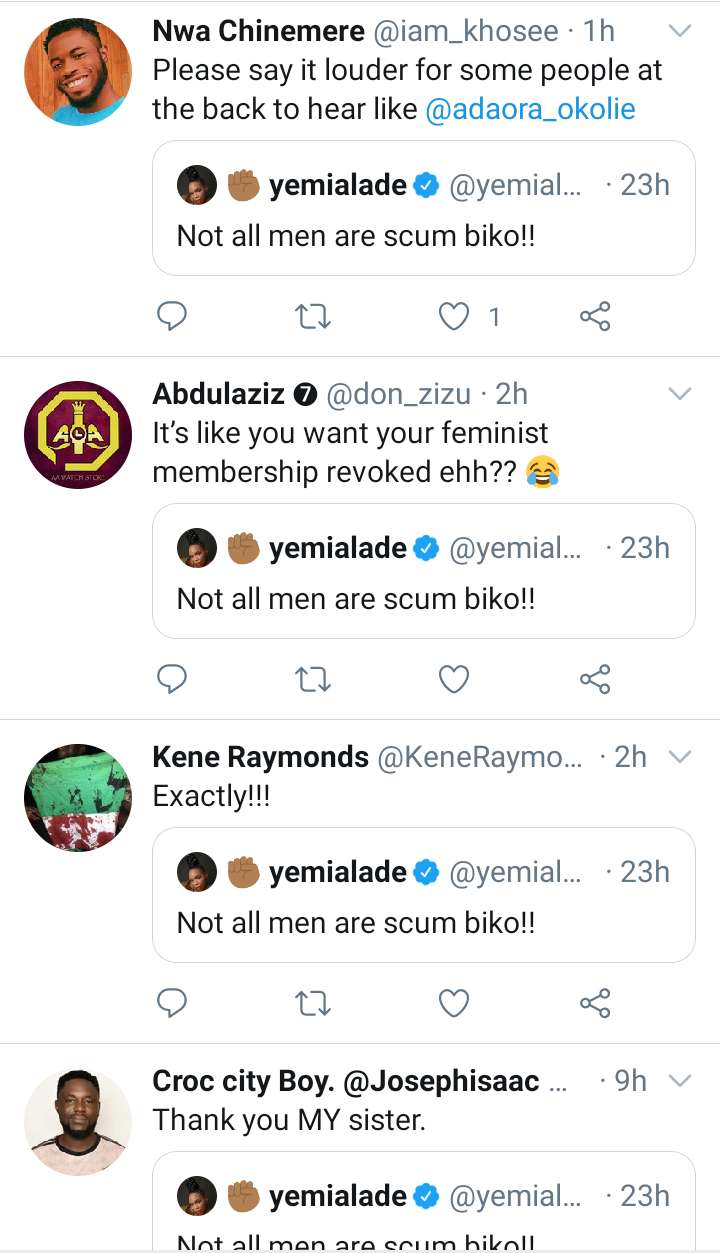